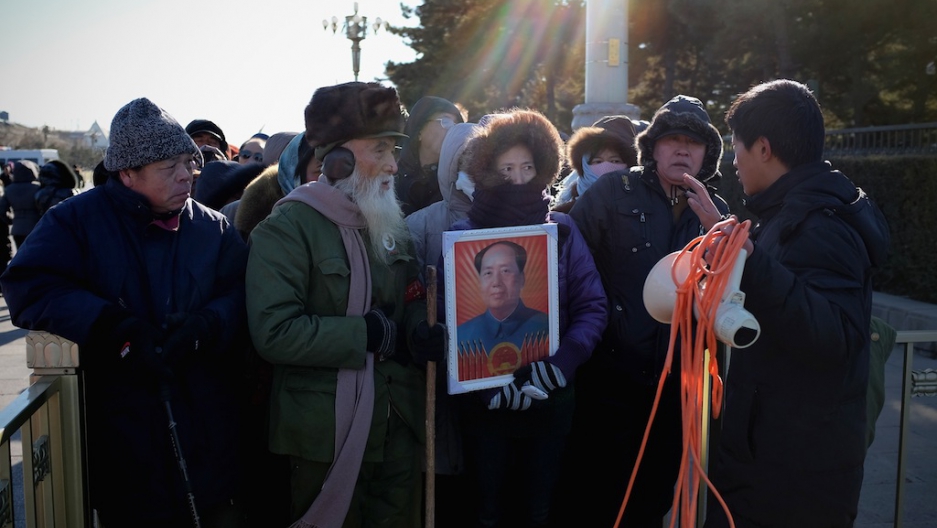 China marked the 120th birthday of Mao Zedong with restraint on Thursday, as the nation continues with market-based economic reforms that go against the ideology of its former communist leader.

An editorial in the party's official paper said the "best commemoration" of Mao would be, according to the BBC, to advance "economic reforms that were launched by his successor."

Xinhua, China's state-run news agency, ran a story titled "Precious photos of Mao Zedong," with the subhead, "as a founder of the People's Republic of China, Mao is one of the most influential figures in China's modern history."

China's political elite paid homage to Mao, visiting his mausoleum in Tiananmen Square in Beijing, though it appears the party restrained itself from widespread, fervent praise.

Millions of people died under Mao's so-called Great Leap Forward, a failed economic attempt to move China from a mostly agrarian nation to a full-fledged communist super-power through industrial growth. Many others were killed or purged in the Cultural Revolution that followed.

Since then the Communist Party has admitted Mao made mistakes, with Xi saying Thursday that Mao was not a god, and should not be worshiped as one, according to Xinhua.

"Mao is a great figure who changed the face of the nation and led the Chinese people to a new destiny," Xi said in a speech at the Great Hall of the People in Beijing, adding, "Revolutionary leaders are not gods, but human beings."

"[We] cannot worship them like gods or refuse to allow people to point out and correct their errors just because they are great. Neither can we totally repudiate them and erase their historical feats just because they made mistakes," Xi said.

"Comrade Mao Zedong's mistakes in his later years have their subjective factors ... but because of complicated social and historical reasons both at home and abroad they should be viewed and analyzed comprehensively [and] historically."

Mao's birthday comes as Xi and the party move toward introducing economic reforms that could free markets. Some of the reforms have upset China's leftists, according to Reuters.