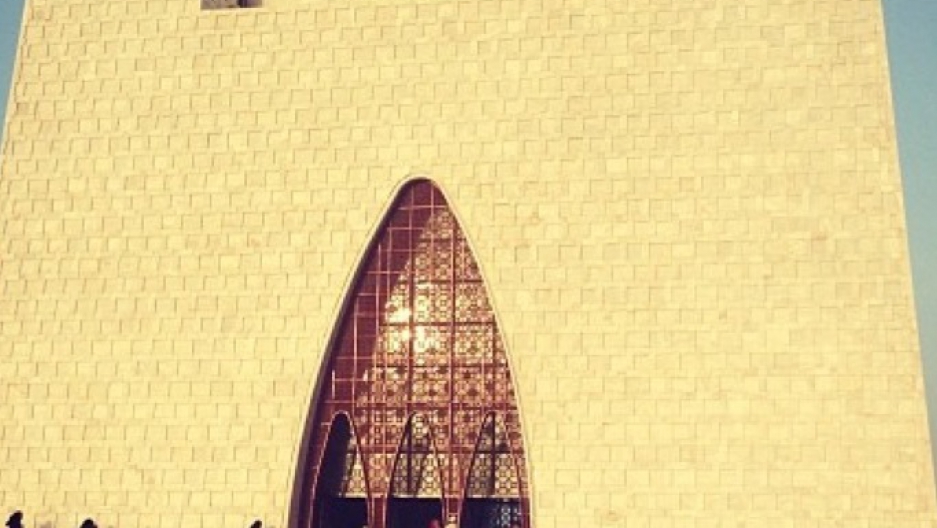 The majestic Mazar-e-Quaid in Karachi. The body of Pakistan's founder is interred here.
Credit: Mariya Karimjee via Instagram
Share

KARACHI, Pakistan—Sixty-six years ago, on the day of Pakistan's birth, the country's founder stood in this very city and addressed his new nation.

Scholars and historians agree that the Pakistan Jinnah envisioned wasn't supposed to be a theocracy. Rather, they argue, Jinnah wanted Pakistan to be a safe haven for the Indian subcontinent's Muslims whose minority political and economic interests were not represented in the Indian parliament.

Most of my friends in the United States and elsewhere would be surprised to learn that Pakistan was founded on the idea of religious tolerance. Jinnah envisioned a country where people of all faiths could live together harmoniously — not a Muslim state governed by Islamic law. The country's flag was designed with this in mind, with the white stripe a representation of the diverse minority faiths and ethnicities that enriched Pakistan's population alongside the green, which represents Muslims.

What a difference 66 years has made.

Today's Pakistan has become synonymous with the very same religious intolerance its founder despised. Both non-Muslims and followers of Islam have been persecuted for some time. In 1974, Zulfikar Ali Bhutto, the populist prime minister, banned an entire sect of Muslims from worshipping publicly. In the 1980s, military dictator Zia Ul Haq began an Islamization campaign, introducing Shariah law. Fundamentalist Sunni Islam began to flourish, and it all went downhill from there.

The Taliban has expanded its network in Pakistan, reaching all the way into Karachi. Anti-Shiite militant factions are operating cells in almost every major city. The country's Jewish population has vanished, the Zoroastrian Persian community has massively declined, and Hindus in rural Sindh, whose ancestors have lived in Pakistan for centuries, are forced into converting to Islam.

And then there are the religiously motivated terror attacks, so common I won't bother listing examples here.

This year, I visited Jinnah's mausoleum ahead of his birthday on Dec. 25 — a day of national celebration in Pakistan, and one of the few that isn't attached to a Muslim religious holiday. The mausoleum is a spectacular white-marble dome set on expansive grounds. The site and its beautiful gardens are visited regularly by couples on dates, families, and visitors from out of town there to pay their respects.

It's a peaceful place, but not an especially hopeful one.

A guard stationed outside the dome said that Pakistan today is a "pitiful" excuse for a nation. "We have no common nationality unless it's religion, and even that we cannot agree on," he said.

A woman visiting the mausoleum agreed. "180 million people in one country, and we still have no loyalty to one another."

On the marble steps leading up to the dome, I asked a teacher leading a fourth-grade field trip what she thought. "Jinnah didn't believe that Muslims and Hindus could coexist long enough to govern a country," she said. "Funny thing is that Muslims themselves in this country can't do that anyway."

A family visiting the mausoleum from Lahore said that they were disappointed in the lack of foresight Jinnah had. "We knew he was an educated man, so did he really not see how poor the majority of people coming into Pakistan were?" said the mother, Asma Bilgrami.

Her son, Muhammad Alam, agreed. "Jinnah was sick when Pakistan was created and he died only about a year later. He knew he wasn't likely to see the fruits of his labor, but didn't he explain his vision to any of his successors?"

But inside the domed structure where Jinnah's body is interred, there is a hush of respect. Even the school kids, without being told to, spoke in whispers.

The teacher articulated the reverance for her students as their group walked back outside.

"Regardless of what you think about where Pakistan is now, we have to remember that Jinnah created the country in the hopes that we would do something better with it," she said.

"Now the responsibility is ours."