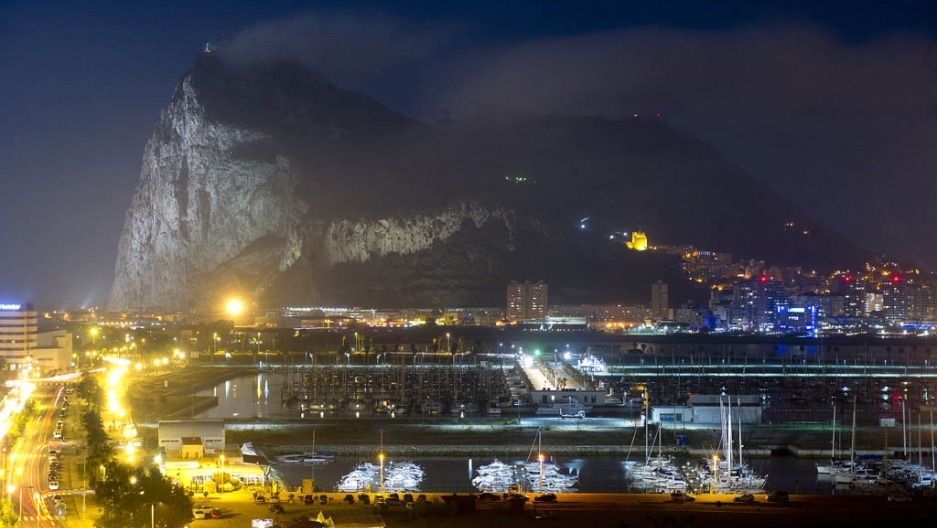 And the GlobalPost 2013 End of the Year Award for Best Rock goes to: The Rock of Gibraltar.

The Rock of Gibraltar has a lot going for it. It dates back to the Jurassic period, so you know, maybe a dinosaur touched it, and now, as in right this minute, there are hundreds of macaques living there.

It has many underground tunnels that make you think about being Indiana Jones, and a UK military base right nearby, in case you thought it was all fun and games.

Yoko Ono and John Lennon got married there. Brian Jones, the Rolling Stones' guitarist, burst into tears there. And yet the Rock of Gibraltar stands tall at the mouth of the Mediterranean.

But that's not why it wins "Rock of the Year."

The peninsular of Gibraltar on Aug. 8, 2013. (Oli Scarff/AFP/Getty Images)

Gibraltar wins “Rock of the Year” in 2013 because of its ability to remain regal and steadfast despite Spain and Britain acting like hungry schoolchildren in its midst.

The sovereignty of Gibraltar, which is technically a British territory but borders Spain, has been in dispute for centuries. Most recently that dispute has manifested in the form of arguments over fishing rights.

This past summer, the government of Gibraltar (Brits) dropped concrete blocks off the shore of Gibraltar to start building an "artificial reef" meant to help protect marine life — or so it claimed.

Spain found the reef problematic. It infringed upon Spanish waters, it said, and made things difficult for the fishermen. In response to the British, Spain enforced more rigorous border checks, which left people sweating in line for hours.

The spat rumbles on, but the rock abides.