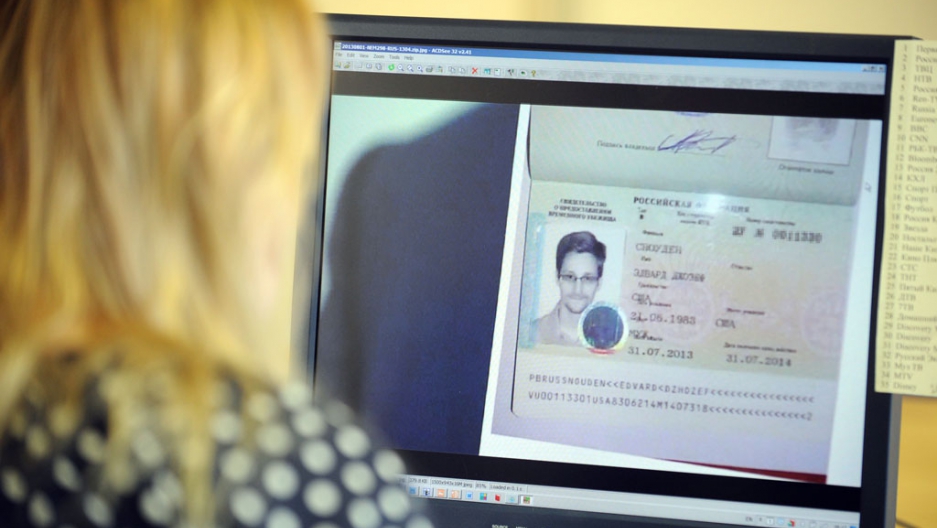 A woman in Moscow watches footage on her computer showing US intelligence leaker Edward Snowden on Aug. 1, 2013.
Credit: STRINGER
Share

Six months after he blew the whistle on the US National Security Agence's surveillance around the world, former NSA contractor Edward Snowden believes his actions have been validated, and that, at least personally, his mission is accomplished.

In his first in-person interview since arriving in Russia, where he was granted temporary asylum, an apparently satisfied Snowden sat down with The Washington Post for a lengthy discussion.

“I already won. As soon as the journalists were able to work, everything that I had been trying to do was validated. Because, remember, I didn’t want to change society. I wanted to give society a chance to determine if it should change itself.”

In the wake of 9/11, the NSA's capability increased dramatically, in part due to the passage of the Patriot Act.

“All I wanted was for the public to be able to have a say in how they are governed,” Snowden said. “That is a milestone we left a long time ago. Right now, all we are looking at are stretch goals.”

The so-called NSA revelations, which began when Snowden passed on secret NSA documents to journalist Glenn Greenwald and documentary filmmaker Laura Poitras, have reverberated across the world through many international newspapers and diplomatic channels.

The leaders of Brazil and Germany — both of whom were allegedly monitored by the NSA —  have voiced their strong disapproval of the scope of the agency's surveillance. In addition, giant technology companies such as Google, Yahoo and Microsoft have taken steps to assure their customers that their data is safeguarded against bulk data collection.

Earlier this month, a US federal judge ruled that the NSA's mass collection of telephone data was likely unconstitutional, calling it "almost Orwellian."

A day later, a panel appointed by President Obama made 46 recommendations to limit the scope of the NSA's surveillance and data collection.

The 5-person panel, which included a former deputy director of the CIA and a counter-terrorism advisor, concluded "the government should not be permitted to collect and store mass, undigested, non-public personal information."

Obama is expected to make a "definitive statement" about the panel's recommendations in January. He indicated some things may change:

“In light of the disclosures that have taken place it is clear that whatever benefits the configuration of this particular program may have may be outweighed by the concerns people have on its potential abuse,” Obama told reporters on Friday. “And if that’s the case there may be another way of skinning the cat."

As for Snowden, he says he's still working for the NSA, at least in an unofficial capacity:

"I am not trying to bring down the NSA, I am working to improve the NSA," he said. "I am still working for the NSA right now. They are the only ones who don't realize it."

Snowden told The Post that he wasn't sure how the publish would react. He didn't know if people would agree with his actions or share his views.

"You recognize that you're going in blind... But when you weigh that against the alternative, which is not to act, you realize that some analysis is better than no analysis."