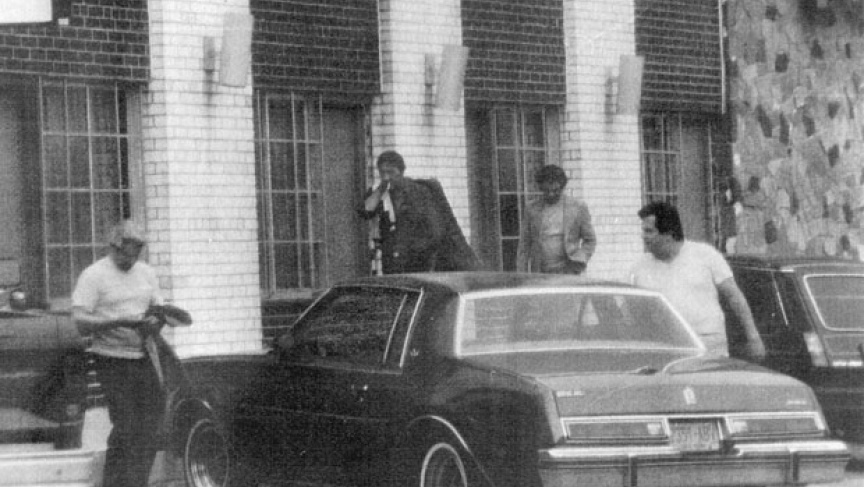 Murdered Canadian gangster Gerlando Sciascia, left, looks for the car keys while Joseph Massino, right, waits to get into a car in New York in 1981. In the middle, in the dark suit, is Montreal's Vito Rizzuto.

Rizzuto, the reputed head of the Montreal Mafia, died of natural causes early Monday at age 67.

"Rizzuto was born in Sicily into a Sicilian gangster clan," said journalist and author, Adrian Humphreys. "He emigrated to Canada at the age of 8 and together with his father, he built an awesome criminal empire."

Humphreys researched the Rizzuto family for his book "The Sixth Family: The Collapse of the New York Mafia and the Rise of Vito Rizzuto."

According to Humphreys, the family did a big business in drug trafficking.

"The bones of the family was built on heroin. They were one of the early mafia families to really have a foray into South America," Humphreys said. "They went from heroin to cocaine — drug trafficking was certainly their bread and butter."

In 2007, Rizzuto pleaded guilty to racketeering charges related to three Mafia killings in New York City in 1981. He spent five years in Colorado's Florence Supermax prison before returning to Canada in October 2012. While he was in prison, his once-dominant empire faltered.

"The mafia is a dangerous game," Humphreys said. "He built up so many enemies and created such resentment and people saw so much of an opportunity with him off the street that he was under attack."

Rizzuto's eldest son, Nicolo Jr., was killed in broad daylight in December 2009. In November 2010, Rizzuto's father, Nicolo Sr., was shot and killed as he prepared to sit down to dinner. So the death of Vito Rizzuto this week leaves a power vacuum.

"This is going to be the tricky part," Humphreys said. "His organization was so large. And it takes a tremendous skill set to hold the reigns of that. I don't think any one man can fill his shoes."