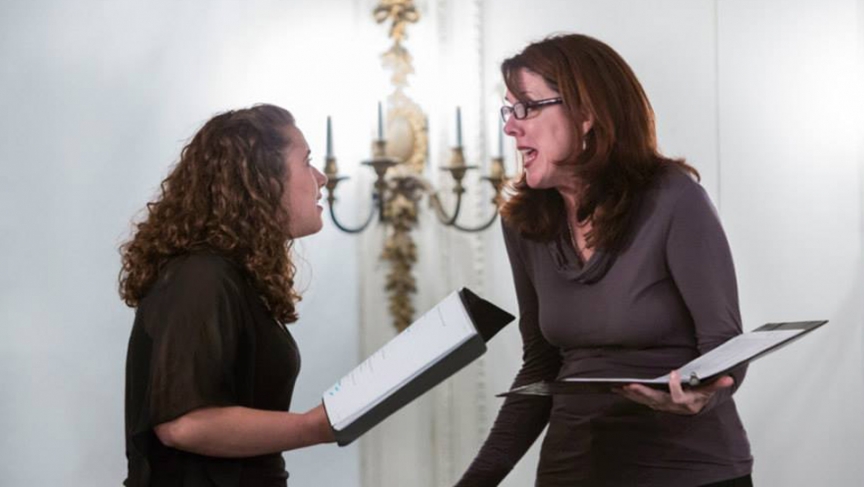 When Marianna Salzmann decided to write a play about the Jewish experience in the former East Germany – or the GDR, as it was known – she wanted to work out some issues that she herself was grappling with.

“I was just looking for my roots,” says Salzmann. “And the play was a way to find out about that, and looking for answers for all my questions towards Jewishness.”

Salzmann was born in Russia and moved to Germany with her family in 1995, when she was still a child. Her play, "Muttersprache Mameloschn," is set in modern-day Germany, and portrays three generations of Jewish women.

The characters in the play are Lin, a Holocaust survivor who’s had a career as a Yiddish folksinger; her assimilated daughter Clara, who wants nothing to do with Jewish culture; and Lin’s granddaughter, Ruchel, who’s curious about her heritage, but knows little about it. In a sense, Ruchel is Salzmann’s alter ego.

“In Berlin,” says Salzmann, “I learned about this thing of the three generations, you’ve got the Holocaust generation, the assimilated generation and the post-Holocaust mentality generation – the third one would be me.” 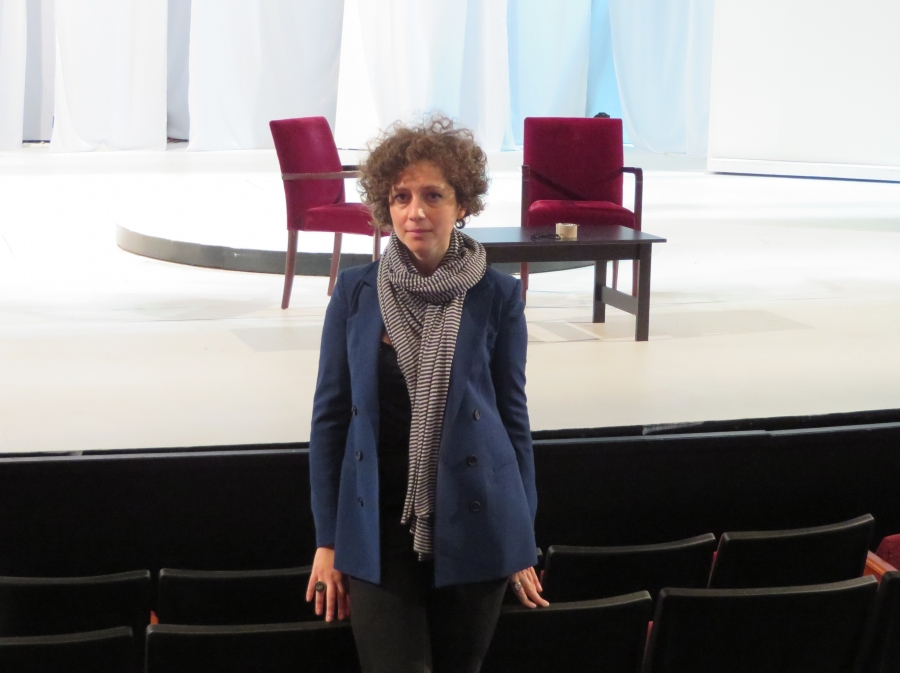 The playwright has been surprised by the enthusiastic reception that "Muttersprache Mameloschn" has received. “I was not expecting to have a big audience for this play. I thought this is kind of like for me, my dealing with certain issues.”

However, the tale struck a chord with German audiences, and Salzmann, who’s only 28, won the Mülheimer Theatertage’s 2013 audience award for it – a major accomplishment was has catapulted the play onto many more stages.

Detlef Gericke-Schönhagen directs Boston’s Goethe Institut, which brought the play to the US for a brief run of staged readings as part of their German Stage initiative. The play, directed by German Stage founder, Guy Ben-Aharon, was performed for audiences at Boston's Goethe Institut, Atlanta's Goethe Zentrum, and Brandeis University's Center for German and European Studies. Gericke-Schönhagen says that Germans know very little about this part of their history.

“It was a topic that actually not many people are dealing with,” Gericke-Schönhagen says. "What was the life of Jews in the former GDR? There are not many books about it, not many articles about it.”

The play’s most compelling character is arguably the grandmother, who is loosely based on an actual person, folksinger Lin Jaldati. According to Salzmann, Jaldati was one of a small number of Jewish survivors who settled in communist East Germany after the war for idealistic reasons. The playwright says that they wanted to help build an anti-fascist state there.

“There was a group of very political Holocaust survivors who said, ‘No, we’re staying on our ground, and we will re-create it. We will not give Germany up.’”

As the play makes clear, however, the GDR didn’t turn into the classless society they’d hoped for, and Jewish East Germans often faced discrimination and anti-Semitism.

“It was very, very tragic for Holocaust survivors, who kind of lived the history again,” says Salzmann. “For them it was kind of like a non-ending story with Germany and with the German state.”

Other characters in the play face more contemporary issues. Granddaughter Ruchel is studying a dictionary of Yiddish words that most Germans think are German, while also planning to move to New York, and writing letters to her absent twin brother, who has emigrated to Israel, become religious and cut off contact with his family. And while the forces of history and culture are at the heart of this play, it’s also a very personal tale, focusing on the age-old drama between mothers and daughters.

The bilingual German-Yiddish title, "Muttersprache Mameloschn," signals the significance of that relationship. The Yiddish part of the title, ‘Mameloschn,’ means literally and figuratively ‘mother tongue’.

“I was so fascinated by the word ‘mother-tongue’ – Mameloschn,” says Salzmann. “And I thought it’s good for Germans to know a little bit of Yiddish, we have to bring it back. And in German, ‘Mutttersprache’ is like the, the language of the mothers, and the play is about the language of the mothers, we’ve got the grandmother talking to her daughter and the mother talking to her daughter and everybody misunderstands each other, loves each other like crazy, but there’s no way of communication.”

While the characters may struggle to communicate, Gericke-Schönhagen of the Goethe Institut says German audiences get the message.

“In Berlin, the people show their fascination in the length of the applause. If it’s just 10 seconds,” he says, “it’s probably a bad play. If it’s five minutes, it’s great. If it’s 10 minutes, it’s fantastic. It was 10 minutes.”

For Marianna Salzmann, that success on the German stage for a play about a Jewish family has been gratifying. But she says that there are changes in Germany that aren’t so reassuring. She sees signs of anti-Semitism creeping back in.

“If your ears are open, you realize that that for example ‘Jew’ is again an offensive word in schools. Like I grew up, and I was always the privileged migrant in school. And everybody loved me for the reason that I am Jewish. My brother, who is 10 years younger than me, he suffered a lot for being Jewish. And that’s where I realized, ‘Oh, this country’s changing.’”

While Salzmann doesn’t see herself as a writer who focuses exclusively on Jewish topics, she says that by writing about the concerns of Jews in Germany today, she’s trying to change things, too.

“I think it’s a little bit bringing back the Jewish culture to a certain normal state – not exotic anymore, not, ‘Oh, Holocaust,’ but ‘Oh, okay this is a part of our culture and our country.’”

Update: A previous version of this story incorrectly spelled the Goethe Institut in Boston. We regret the error.