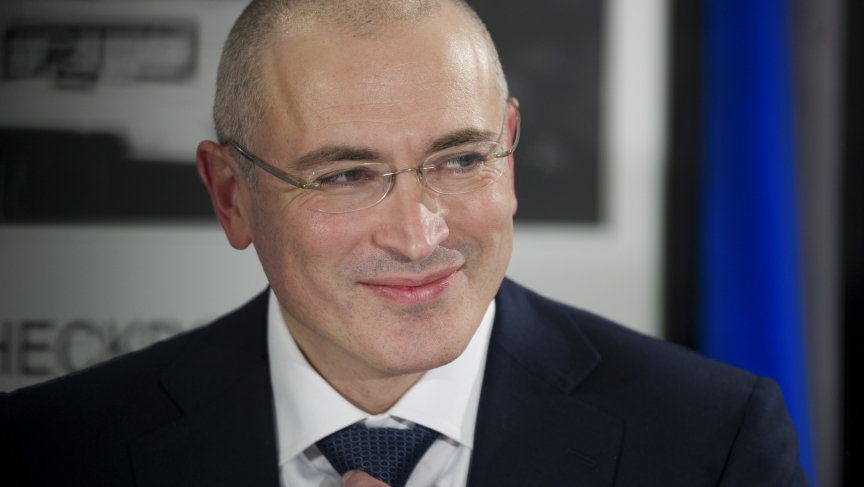 Freed Russian former oil tycoon Mikhail Khodorkovsky reacts during his news conference in the Museum Haus am Checkpoint Charlie in Berlin, December 22, 2013. Khodorkovsky, pardoned by Russian President Vladimir Putin after 10 years in jail, said on Sunday that he would not go into politics or seek to regain assets of his former oil company, Yukos.

Former oil tycoon Mikhail Khodorkovsky was all smiles as he posed for pictures with his family.

He looked fit. He seemed as jubilant as one might after being freed from 10 years in Russian prison camps. So what does he do next?

She says he definitely knows two things he won't be doing as a free man: politics and fighting to recover his former business. Khodorkovsky made those two things very clear when he wrote a letter to President Vladimir Putin asking for his release.

Where he will live in the future is another question. He says he wants to return to Russia, but only if it's safe for him. Germany is certainly one option. But Smale says that his future is unclear right now.

But if there's one thing he doesn’t have to worry about, it's money.

"He doesn't honestly know what his financial state is," says Smale. "But what he did say it that it certainly is enough to live on. And he said it with a little smile."

Smale put it all simply. "This is a man who had spent not even 48 hours in freedom after 10 years in Russian prisons and being tried in Russian courts. So I think it's not surprising if perhaps he hasn't made up his mind about anything," she adds.