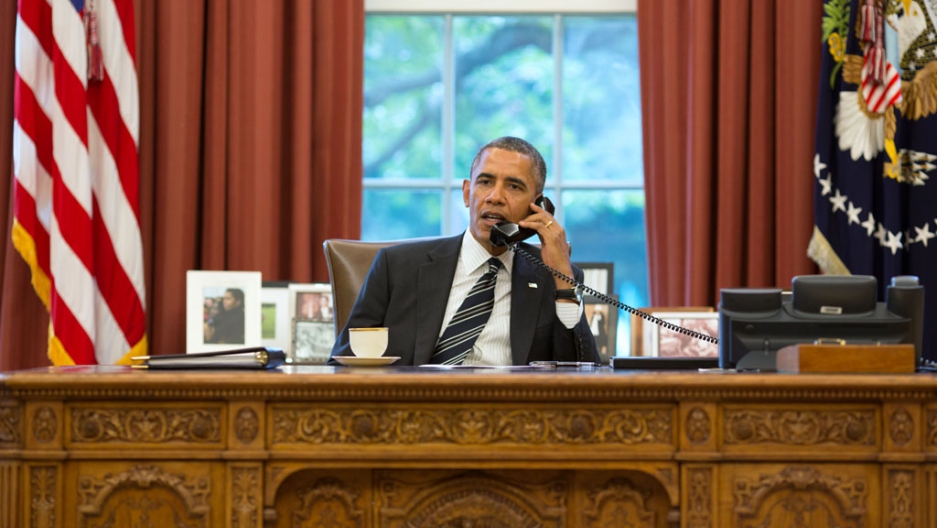 Among the Americans waiting until the last minute to sign up for Obamacare: President Barack Obama.

The president didn’t attempt to buy health insurance from the new federally-mandated exchanges using the often frustrating HealthCare.gov website. His staffers enrolled him in person through the Washington, DC, exchange over the weekend.

“Like some Americans, the complicated nature of the president's case required an in-person sign-up," the White House said Monday. "As you'd expect, the president's personal information is not readily available in the variety of government databases HealthCare.gov uses to verify identities."

Obama choose the least expensive plan for Americans in his age group – the “bronze” plan, which will cost him less than $400 a month. (With his $400,000 salary, he wasn’t eligible for the subsidies that will lower the premiums for many Americans.)

He’ll fork over the cash each month, but he doesn’t plan on using his new insurance since the US military provides his healthcare because he’s commander in chief.

Obama did, however, want to keep his promise he made when he signed the Affordable Care Act into law in 2010 – that he would personally participate in the healthcare exchange system.

"He was pleased to participate in a plan as a show of support for these marketplaces, which are providing quality, affordable health care options to more than a million people," the White House said.

Using the website was "pretty frustrating,” he said on Thursday, noting that he got an “internal server error” at one point. He continued: "Despite multiple attempts, I was unable to get past that point and sign up for a health plan. We've got a call into the help desk. Guess I'll just have to keep trying…" About 45 minutes after his office published a blog post about his experience, Boehner received an email from DC Health Link confirming he had been signed up.

Boehner's office said he chose an individual plan similar to his current Blue Cross Blue Shield plan. Boehner’s cost is $449 a month, or more than what he’s paying now for himself and his wife in the federal employees plan. But, there’s no need for him to start brown-bagging his lunch – the federal government will cover $426 of that cost for him each month.

Expecting heavy website traffic from Americans attempting to sign up for insurance that starts Jan. 1, the Obama administration has extended Monday’s deadline by a day for Americans in 36 states buying insurance through HealthCare.gov. Some of the 14 state-run exchanges have also extended their deadlines.

More than 1 million people had visited Healthcare.gov as of 5 p.m., Julie Bataille, a spokeswoman for the Centers for Medicare and Medicaid Services, said.