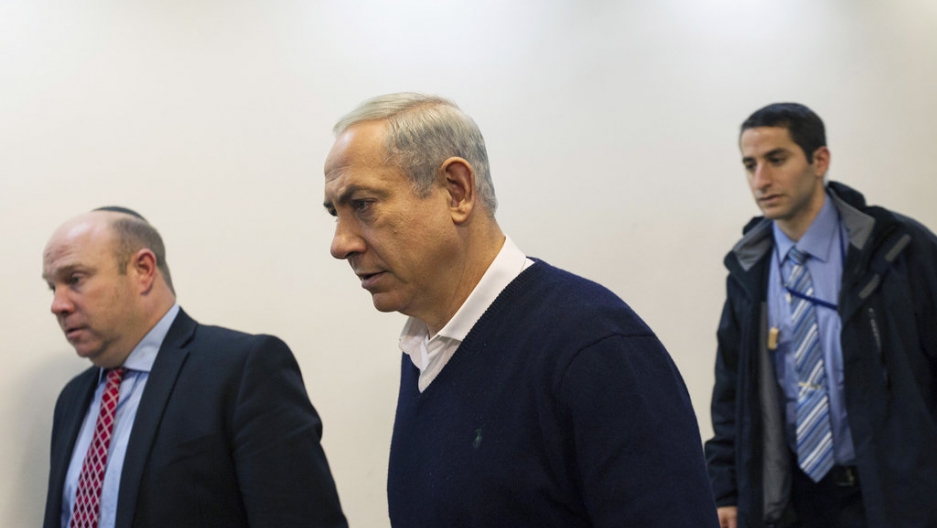 LONDON — There has been a strange sound coming out of Israel recently: silence.

Is it the sound of change?

The latest revelations from the Snowden Files released over the weekend showed the NSA hacked the e-mail account of former Israeli Prime Minister Ehud Olmert and his defense minister, Ehud Barak back in 2009.

When similar revelations about German Chancellor Angela Merkel were made, the shouting in Berlin could be heard in Washington. Brazil's President Dilma Rousseff took the Obama administration to task at the UN over the NSA's spying on her.

From the present Israeli government, led by Prime Minister Benjamin Netanyahu, there has been a minimal response by Intelligence Minister Yuval Steinitz. But from Netanyahu, not known for keeping his thoughts to himself, nothing.

This is becoming a trend.

In November, Secretary of State John Kerry announced an agreement by the US and the Permanent Five members of the UN Security Council plus Germany to hold talks with Iran on its nuclear research program. Iran would halt that research for a period of six months in exchange for relief on US sanctions against it.

For a week the sound coming out of Israel, or the Israeli government, was outrage. Netanyahu was loud in his denunciation of the agreement. So far, so typical. Then he fell silent. That's different.

Israel's best friends on Capitol Hill have grown quiet as well. There's been a bit of gesture politics — a Senate bill to impose new sanctions on Iran made it to the floor last week. It has little chance of passing and will be vetoed if it does.

Washington's dominant mood is "Lennon-ist": give peace a chance — or Obama and Kerry enough rope to hang themselves.

But quiet in Israel and Washington is a good thing because it lets political leaders tune in on a very important conversation going on in the American Jewish community.

The community's right-wing which has been loudly in the ascendant since 9/11 is being challenged by a more soft-spoken, rejuvenated, liberal wing.

Broadly speaking, the right supports Israel's Likud dominated governments in everything including settlement building and military incursions. The left questions the building of settlements and, more important, questions the wisdom of Israeli Prime Minister Benjamin Netanyahu — something plenty of Israelis do every day.

For a long time American Jews have been seen as not having the same right to be critical of Israeli leadership.

But as the mood in America has turned against wars to re-shape the Middle East — the most recent polls show that two-thirds of Americans are against bombing Iran — and Israeli opinion is following suit. The Jewish right has seen its influence begin to fade. Its leaders are far from happy.

Matters came to a head last week at a panel at New York's 92nd Street Y, the most important Jewish forum in the largest Jewish city outside of Israel.

Titled "What Does It Mean to Be Pro-Israel in America Today?" the panel included Jeremy Ben-Ami of the liberal Jewish organization J Street and John Podhoretz, leading neo-conservative and NY Post columnist.

Midway through the evening, Podhoretz completely lost his composure, and stormed off the stage. The irony was that he did this at a moment when the speakers were all agreeing with one another.

They were discussing the American Studies Association decision to boycott Israeli universities because "there is no effective or substantive academic freedom for Palestinian students and scholars under conditions of Israeli occupation."

All the panelists spoke against it but Ben-Ami added that he understood that some people in America might think that Israel isn't sincere about resolving the Israel-Palestine conflict.

That's when Podhoretz lost it, although he had managed to alienate a chunk of the audience earlier when he said that members of Swarthmore College's Hillel group should be "spat upon."

Hillel is a Jewish university organization with more than 500 chapters at colleges around the world, although the majority are in the US. Hillel's executive leadership has issued guidelines to all its members about who should be invited to speak at Hillel meetings.

Critics of Zionism, including those who argue for boycotts of Israel, are not to be invited. The Swarthmore students objected and went public with a letter they wrote to the Hillel leadership explaining why.

"Hillel, billing itself as the 'Foundation for Jewish Campus Life,' is seen by many as the face of the American Jewish college population. And due to these policies, it is a face that is often seen to be monolithically Zionist, increasingly uncooperative, and completely uninterested in real pluralistic, open dialogue and discussion. We do not believe this is the true face of young American Jews…"

That last sentence is critical. The American Jewish community is going through monumental changes in faith and demography. Earlier this autumn Pew Research published a massive survey on Jewish Americans. It is well worth reading. The Pew report revealed complex attitudes towards Israel. Religious and older Jews are very "attached" to Israel. Younger and non-observant Jews are less inclined to blindly support the Jewish state.

The Jewish right-wing in America clearly has work to do to sustain itself and reach younger members of the community. After his walkout created a storm in the blogosphere, Podhoretz clarified his words about Swarthmore Hillel in Commentary, the magazine he edits. He acknowledged his rhetoric was hysterical. Then repeated it:

"What I said was that if you advocate anti-Zionism, you are calling for the destruction of the homeland of my family. You are free to do so, and I am free to revile you and spit upon you.”

A more subtle message and a different messenger might be a way for the Jewish community's right-wing to regain traction in the debate. Perhaps there is a lesson to be taken from Netanyahu's recent approach.