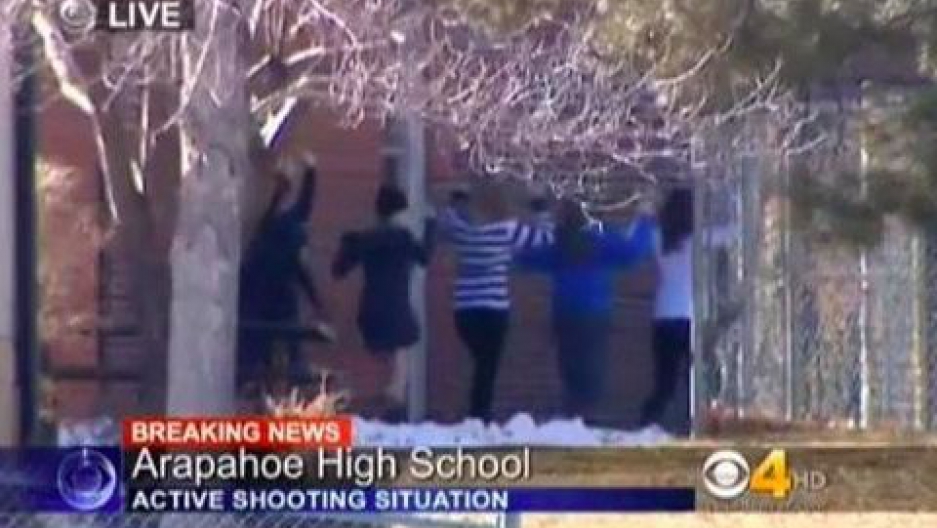 Students stream out of Arapahoe High School in suburban Denver, arms raised, following reports of a shooting in the cafeteria on Dec. 13, 2013. The shooting comes one day before the one-year anniversary of the Newtown massacre.
Share

The teenager was on life support for eight days before she passed away at a local hospital, wrote AFP, which noted that the December tragedy happened soon after the year anniversary of the Newtown shootings, and in the same area as the Aurora, Colorado shootings in 2012, as well as the Columbine high school shootings in 1999.

"Last week was truly a paradox in that we lost our daughter, yet we witnessed the wonderful love that exists in the world through the tremendous outpouring of support we received," wrote the family of Claire Davis in a statement released to the Denver Post.

"We ask that you give us time to grieve the death of our daughter by respecting our wishes for privacy," the family added.

Davis was taken to the Littleton Adventist Hospital in "very critical" condition and underwent surgery, but slipped into a coma and eventually died from her injuries, wrote ABC 7 News.

A public celebration of the teenager's life will take place at a later date, the statement from Davis's family said. Her family, her friends, and community members have come together to create the Arapahoe High School Community Fund in her honor, added ABC 7, which will provide support for both high school students and others in the community with mental health care, anti-bullying programs, and other efforts.