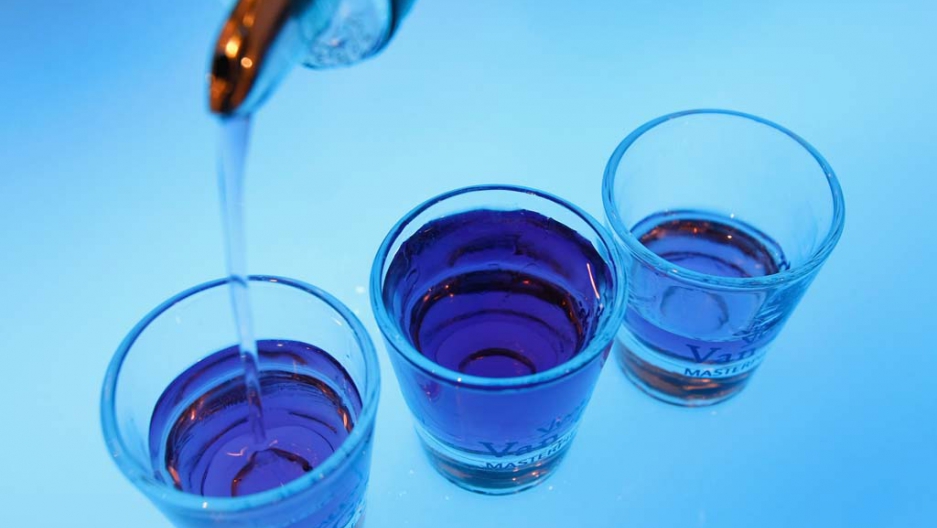 To drink or to text.
Credit: David Silverman
Share

Scientists in Canada may have reinvented the meaning of a drunk text.

Researchers at York University in Toronto have used the vapors from vodka to send text messages to each other.

How they did it is complex but basically the two investigators used certain concentrations of the vodka to represent bits 1 and 0, which were picked up by transmitters and fired through the air.

A fan was used to propel the alcoholic vapors that were shot out of a spray bottle.

"We believe we have sent the world's first text message to be transmitted entirely with molecular communication, controlling concentration levels of the alcohol molecules, to encode the alphabets with single spray representing bit 1 and no spray representing the bit 0," said study leader Nariman Farsad,  a York University doctoral candidate.

The rather whimsical-sounding study actually has practical importance.

The researchers say that they have proven that message can be sent even if Wi-Fi is not available - though the process remains slow and only works at short range.

"Our system shows that reliable communication is possible and our work motivates future studies on more realistic modelling, analysis, and design of theoretical models and algorithms for molecular communication systems," said professor Weisi Guo at the University of Warwick, who also had a hand in kicking off the experiment.

This video below explains how it works.