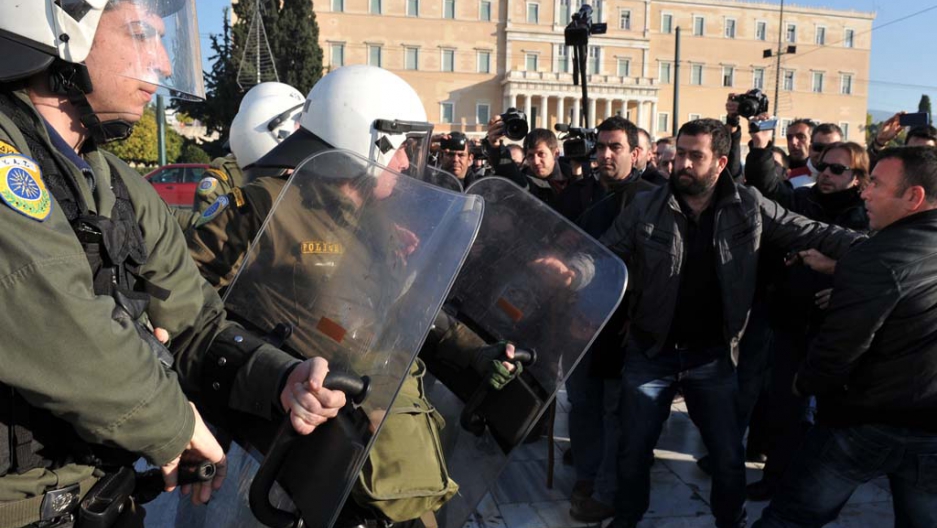 Greek farmers used oranges to battle police in central Athens on Friday in a protest against a property tax on agricultural plots.

Several hundred farmers marched on the finance ministry and then Greece's Syntagma Square, next to the country's parliament.

Carrying signs reading "No to the double taxation" and "Not one euro for the fields," the protesters arrived in the morning from the Greek island of Crete and the rural south of the mainland.

The new legislation would tax agricultural plots over 10,764 square feet, a new burden for farmers who had originally only paid income tax.

"We only have one demand: Not to tax our farms, because this is what we need to operate our business, the same way factories have machinery," said protest organizer Panagiotis Peveretos, according to AP.

"They told us they understand our position but cannot bring down the government over this."

The new tax is another measure in Greece's austerity program that seeks to get the embattled country back on stable financial footing.

The law does include exemptions for small farmers and those with low incomes.

Increasing property taxes have taken a heavy toll on the southern European country that has about 70 percent home ownership.

The law is expected to pass late Friday night.