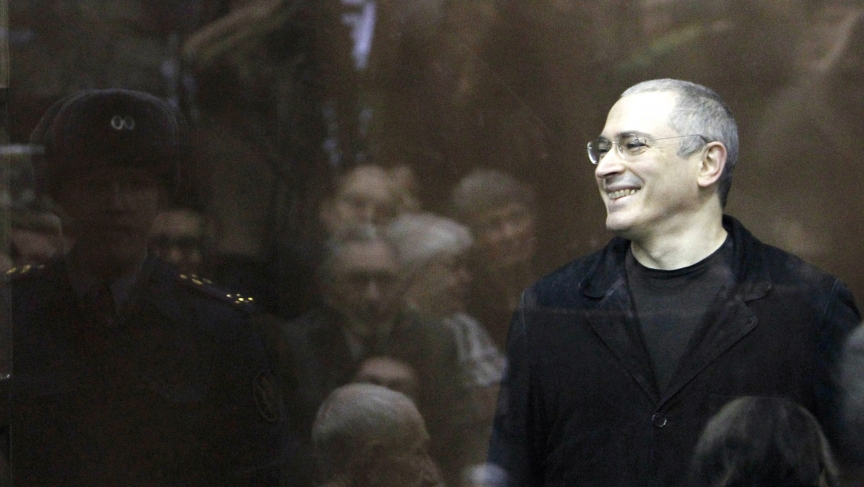 Jailed Russian former oil tycoon Mikhail Khodorkovsky smiles as he stands in the defendants' cage before the start of a court session in Moscow December 27, 2010. On Friday, Khodorkovsky was pardoned and released from prison.

Vladimir Putin made another surprise move Friday when he pardoned Mikhail Khodorkovsky, who has spent more than a decade in prison on charges of tax fraud and other forms of corruption — though many have called his trial politically motivated.

At the end of a lengthy press conference, Putin said Khodorkovsky would be set free — surprising many. Writing for BuzzFeed, Miriam Elder explains what may have motivated Putin to a release a man who was long considered a serious political rival.

On Friday, Khodorkovsky was released and boarded a plane to Germany. If you want to understand Khodorkovsky better, check out this profile from 2010 in Foreign Policy.

Uganda makes it a serious crime event to be gay

Uganda on Friday passed a law making "aggravated homosexuality" a crime punishable by life in prison. Being gay was already a crime in Uganda, under a Colonial-era law, but the new law adds stiffer penalties for those accused of "repeatedly" being gay. When the measure was first introduced, in 2010, it included a maximum penalty of death — a provision that was stripped from the final bill. The Guardian takes a closer look at the outside influences that may have been behind this bill and how members of Uganada's gay community are reacting.

Pictures from the violent streets of the Central African Republic

Associated Press photographer Jerome Delay has set himself up in the Central African Republic, where religious violence has killed hundreds and French and African peacekeepers are trying to . PRI's The World has a handful of Delay's images, and explains some of the tensions that led to the current round of violence.

The Middle East has long running conflicts: in Lebanon and the Palestinian territories. The civil war in Syria has gone on for years now. Iraq continues to face sectarian violence years after the US withdrawal. The BBC has a report looking at the thread that ties many of these struggles together: a schism between the Shia and Sunni sects of Islam.

A mission to chart the stars — in 3-D

The European Space Agency has launched its Gaia space observatory on a five-year mission. Gaia is tasked with providing an incredibly accurate map of the position of stars in the Milky Way galaxy. Gaia's array of scientific instruments will repeatedly measure the positions, motions, temperatures, luminosity and composition of a billion stars. PRI's The World has the details.

A sane, clear-headed take on the Devyani affair from @aartitikoo in the Times of India: http://t.co/XdZdcjri6X

Adelaide in Australia has been gripped with heat this week. Temperatures on Thursday climbed to 106 degrees before a cool front rolled through on Friday, causing temperatures to top out at a mere 97, according to AccuWeather. Melbourne, Australia, was also hot at 104 and Sydney hit 100.

Christmas may be a little late this year 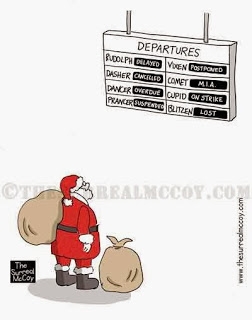 Santa may have some delivery challenges if what it says in this cartoon is true.