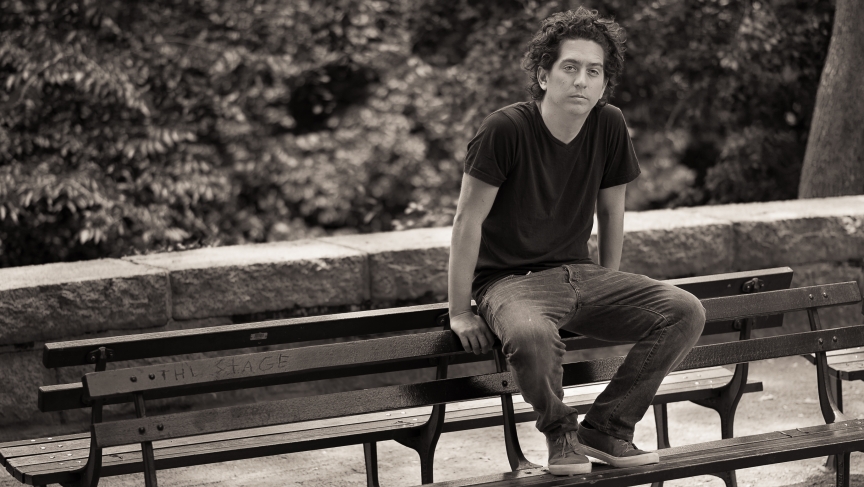 If you’re out holiday shopping, your list might include a few new books. One novel that’s appearing on several "best of" lists for 2013 is from author Daniel Alarcón. He's also the leader of one of our partners here at PRI: Radio Ambulante, a radio program that gathers stories from the US and Latin America in both Spanish and English.

But this isn't your standard author interview. Recently, for Portland bookstore Powell’s Books, Alarcón put together a soundtrack to go with his novel. Great idea, Powell’s.

You can check out Powell's playlist, but it's helpful to understand Alarcón's book, too. He summed it up like this:

The book is about a young man named Nelson, who is kind of wandering through his late adolescence and early adulthood. He is obsessed with the theater ... and goes off on a tour of the countryside with his hero, Henry Nuñez, an older playwright, and another character, Patalarga. They're part of this revival of a legendary theater troupe called Diciembre and their very controversial play called 'The Idiot President,' a play that landed Nuñez in prison 15 years before.

The bulk of the novel is really about what Nelson is running away from, his own personal problems, including his sort of fractured relationship with is girlfriend.

It takes place in an unnamed Latin American country, based very closely on Peru, on the country where I was born.

Other characters include Mónica de Sebastián, who are Nelson’s parents. Sebastián has passed away and Mónica is a widow in the city at the time that the novel takes place. There’s also Francisco, who is Nelson’s brother. He has been living in the United States since Nelson was about 12 years old. And there’s also Ixta, Nelson’s ex-girlfriend, with whome he’s still carrying on relations and with whom he still loves.

Here's the playlist Alarcón provided Powell’s Books, as well as a Spotify playlist of all the songs.

And here is an except of Alarcón's book, “At Night We Walk in Circles:”