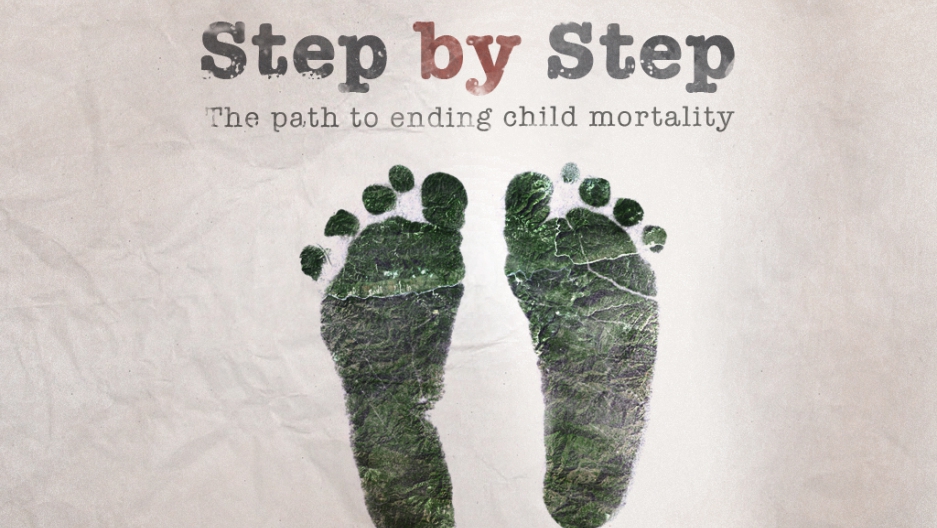 In the battle against child mortality, the global health community gained some ground in 2013. Here are seven political and scientific developments that gave us reason to hope this year.

1. Millions of lives saved. UNICEF’s annual report on child mortality published in September brought encouraging news: child deaths have declined by nearly 50 percent since 1990. Most of the 6.6 million children who die before age 5 die of preventable causes, but the global health community is making headway against the deadliest diseases. Deaths from diarrhea, which is responsible for 9 percent of child fatalities, have declined by 50 percent. Pneumonia and malaria deaths have dropped by a third.

Still, the world isn’t on pace to meet the Millennium Development Goal set by the United Nations, which aims to decrease child mortality by two thirds by 2015.

2. Gathering momentum. This year, as part of a global initiative called “Committing to Child Survival: A Promise Renewed,” 11 countries developed road maps to reduce the under-5 death rate to 2 in 100 live births or fewer by 2035. Liberia, for example, rolled out a training program for community health workers and created national guidelines for newborn care.

More than 170 countries have signed on to A Promise Renewed, which was led by the United States, India, Ethiopia and UNICEF last year. While it’s too early to assess the project’s impact, organizers hope the campaign will keep momentum up as the deadline for the Millennium Development Goals nears.

3. An affordable vaccine for diarrhea. Indian scientists in May unveiled a low-cost vaccine against the most common and lethal form of diarrhea. At just $1 per dose, the vaccine, called Rotavac, is a fraction of the price of existing vaccines designed to prevent rotavirus, which kills an estimated 435,000 children under the age of 5 each year. Similar vaccines produced by pharmaceutical companies GlaxoSmithKline and Merk retail for $7 per dose.

Diarrhea is the second most common cause of death among children under 5. Cost is a huge barrier to vaccination in many of the low-income countries where the disease most often kills. A more affordable vaccine, Case Western University Physician Dr. Johnie Rose told GlobalPost, is “big news that people have been waiting for, for a while.” If licensed, the vaccine is expected to save thousands of lives per year.

4. Striding toward a malaria vaccine. After showing promise in early trials, a malaria vaccine from GlaxoSmithKline produced disappointing results in a series of clinical trials in Africa this year. But there’s no shortage of good news in the quest to protect children against the tropical disease, which accounts for 7 percent of child deaths. In a study that concluded in July, a vaccine developed by Australian researcher Michael Good produced long-lived immunity in mice using whole parasites and human blood cells. Another scientist at Vanderbilt University found success with a vaccine made from the saliva of mosquitos that have fed on malaria-infected blood.

5. An action plan to prevent newborn death. In Johannesburg in April, more than 450 health experts from 50 countries gathered for the first ever global summit on newborn health. The conference, attended by UNICEF, USAID and 70 officials from health ministries in low-resource countries, kicked off the development of a global action plan to prevent death during the first month of life.

Thanks in large part to vaccines, the world has made great strides against many of the diseases that commonly kill children ages 1 to 5. But the maladies that take babies, such as low birth weight or birth asphyxia, are harder to address. So while, overall, child mortality rates have dropped by 2.5 percent per year since 1990, infant death rates have declined by just 1.8 percent. Nearly half of under 5 deaths take place in the first month of life.

Stakeholders hope to present the global action plan to the World Health Organization in January.

6. Spreading the use of a life-saving antiseptic. About 13 percent of babies die from infections, which often enter their body through a newly cut umbilical cord. Experts estimate that applying the antiseptic chlorhexidine digluconate to the umbilical cord stump could avert roughly one in six newborn deaths. And it’s cheap: one dose costs approximately 23 cents. In July, the World Health Organization officially endorsed the practice by adding the antiseptic to its Model List of Essential Medicines for Children. A working group led by the nonprofit PATH has been set up to scale up the intervention.

7. Fighting polio. As of 2012, polio was a thing of the past for all but three of the world’s countries: Pakistan, Afghanistan and Nigeria. This year, the incurable disease, which causes paralysis and sometimes leads to death, made a comeback, snaking its way into Somalia, Kenya, Ethiopia, and Syria.

In the meantime, global health leaders recommitted themselves to eradicating the disease for good, launching the Polio Eradication and Endgame Strategic Plan. When polio cases started popping up, they united to fight the outbreaks by vaccinating 10 million young children in the Middle East. Then, in November, GAVI Alliance, a nonprofit that partners with governments to bring vaccines to the poorest nations, announced plans to provide support for inactivated poliovirus vaccine as part of routine immunization programs.