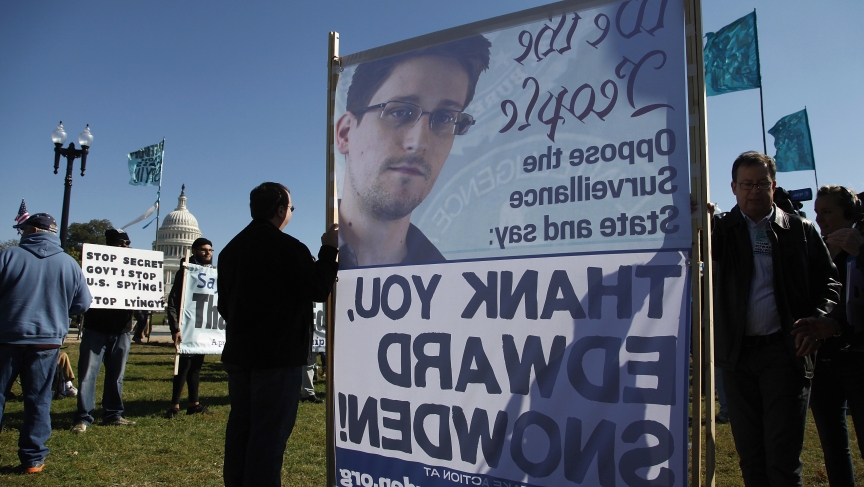 Demonstrators hold signs supporting fugitive former NSA contractor Edward Snowden as they gather for the "Stop Watching Us: A Rally Against Mass Surveillance" near the US Capitol in Washington, October 26, 2013.

It's been a long December for the National Security Agency. And it isn't over yet.

First, the heads of Google, Facebook and other technology giants got together to publically urge President Obama to reform the NSA. Then, a federal judge ruled that the NSA's call-records program likely violates the Constitution.

Now, a panel of experts convened by President Obama has urged him to curb the agency's data mining.

David Sanger of the New York Times says the panel issued 46 recommendations in its 300-page report. The most important ones all require the NSA to get outside approval or have outside oversight for its most critical operations. Those operations would include the mass collection of phone records of US citizens.

That means, Sanger says, the NSA "would have to overcome the objections of what would basically be a public defender for privacy."

Reading the NSA advisory report, surprised at how straightforward they are in declaring that many surveillance programs badly supervised.

He says the report also suggests provisions that would rein in the NSA's ability to monitor the calls of foreign leaders. "For the first time, the intelligence community would not only have to answer five questions about why they would want to go search for the data, but they would also have to go out and consider the diplomatic and economic disadvantages should the program become known."

Sanger says that the Snowden revelations have had economic, and not just diplomatic, repercussions.

"One of the big concerns that American companies have is that American cloud services and American equipment would be significantly disadvantaged on the global market if people believed that the NSA was building backdoors into that equipment or that software. And one of the recommendations of the advisory group was: build no backdoors."

Sanger thinks if the recommendations are all followed, it would bring us back to the days of 2005 or 2006, after the 9/11 attacks but before the NSA got wider authorization from the Foreign Intelligence Surveillance Court under President Bush.

And Sanger gives some credit to Snowden: "No matter what you think of Edward Snowden, be it a whistle-blower or a traitor, it's hard to imagine that this committee would make the recommendations they did in [the] absence of his revelations."

The ball is now in Obama's court.