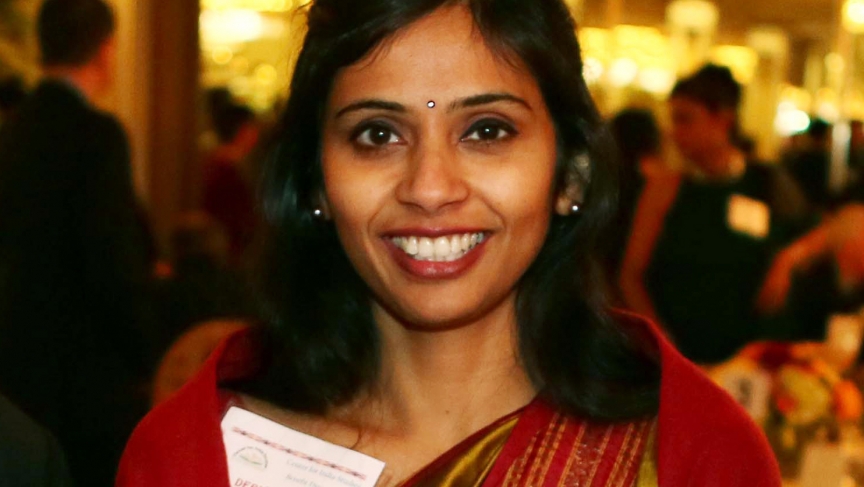 India urged the United States to withdraw a visa fraud case against Khobragade, one of its diplomats, in New York, suggesting US Secretary of State John Kerry's expression of regret over her treatment while in custody was not enough.

Indian diplomat Deviyani Khobragade's arrest has sparked a major diplomatic row between the US and India. Khobragade, the deputy consul general at the Indian consulate in New York City, was arrested by NY police last week on charges of visa fraud, making false statements and paying her Indian housekeeper less than US minimum wage.

Khobragade has denied the charges and, in turn, accused the maid, Sangeeta Richards, of theft and attempted blackmail. She also insists she was treated harshly by the police, including being handcuffed and strip-searched. That accusation of harsh and humiliating treatment has offended Indian officials and has led to street protests in India.

While this case has received a lot of attention, Tiffany Williams, campaign coordinator for the National Domestic Workers Alliance in Washington, DC, says cases like these involving diplomats and their workers are more common than people suspect.

"Unfortunately it's very hard to track this, and this is one of the rare cases that has been followed through and prosecuted and brought to media attention," she says. "But we've seen cases ranging from low pay or lack of pay, all the way through passport holding and even human trafficking."

In one case, Williams says, a Tanzanian diplomat was accused of trafficking — holding someone against their will — his household worker. The case, she says, was settled, but for very little compensation to the worker.

She says there are reasons why these cases do not get the attention they need. For one, these workers are brought to the US with a special A3 visa. Diplomats apply for the visas on behalf of the workers, making the workers reluctant to speak up about any mistreatment. And those who might speak up, Williams says, often don't fully understand their rights.

To combat this, the US State Department has implemented mandatory programs for domestic workers coming into the country. The workers have to go through information sessions where they are told about their rights and receive written information. They also have to sign a contract stating the specific details of their employment. But in many cases, Williams says, the workers don't spend time familiarizing themselves with the information they are given.

Williams says there should be more emphasis on education — both for the diplomats and the workers.

She says that US diplomats traveling abroad have to abide by similar requirements in handling their household staff. "[Foreign governments] have requirements ... to ensure that we are also upholding the same standards that we require the diplomats here to adhere to."