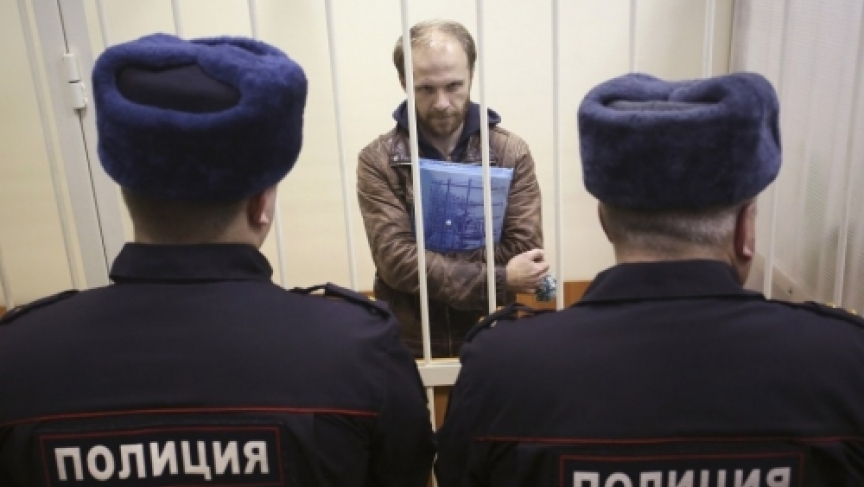 It may just be a coincidence but don't bet on it. An amnesty law approved Wednesday by Russia's parliament comes just as the Kremlin tries to polish Russia's international image ahead of the Winter Olympic Games in Sochi.

The amnesty will likely mean early release for the two jailed members of the Pussy Riot protest punk collective. And an end to the prosecution of the Arctic 30,  the group of Greenpeace activists arrested as they protested Russian oil drilling in the Arctic. However, the amnesty does not cover many other political prisoners in Russia.

Andrey Allakhverydov is a Russian journalist and one of the Arctic 30 who spent months in prison in Murmansk and Saint Petersburg, and was awaiting trial.  He has mixed feelings about the amnesty.

"It's good, particularly when I think that my friends, all of the crew of the Arctic Sunrise who are now in Saint Petersburg, can get home. Although, I doubt they can be there by Christmas, but hopefully by the New Year. And, it's definitely good that there will be no trial and no further prosecution. But at the same time the charge is not lifted and the things, the crime, that we were accused of, we're still accused of. So we're still considered criminals."

Allakhverydov says the aim of the Greenpeace Russia campaign was simple: to draw attention to the dangers of drilling for oil in the Arctic.

As for whether Russia is using the amnesty to appear to be an open minded society, Allakhverydov says that's possible. But he says, "Russia is creating an image of itself as an open minded society, but we [the Arctic 30] are not being used, actually we created the circumstances in which they had to find a solution that would not spoil that image."

He adds that the spotlight on the Winter Olympics in Sochi, Russia, has played a role in bringing international pressure for a positive solution to the Greenpeace Russia case.

Despite the amnesty, Allakhverydov says that while in sitting in prison, he reflected on the way Russia is increasingly returning to a Soviet-style country.

"Russia is going back to the Soviet era," he says. "I lived in the Soviet times in my youth and I remember what it was like, and I distinctly recognize the signs of this: the state wants to control everything, and worse, people get used to relying on the state, they don't take their own initiative, they want to see the state as powerful and mighty and see this as a sign of strength,  and all of this I can see practically everyday."