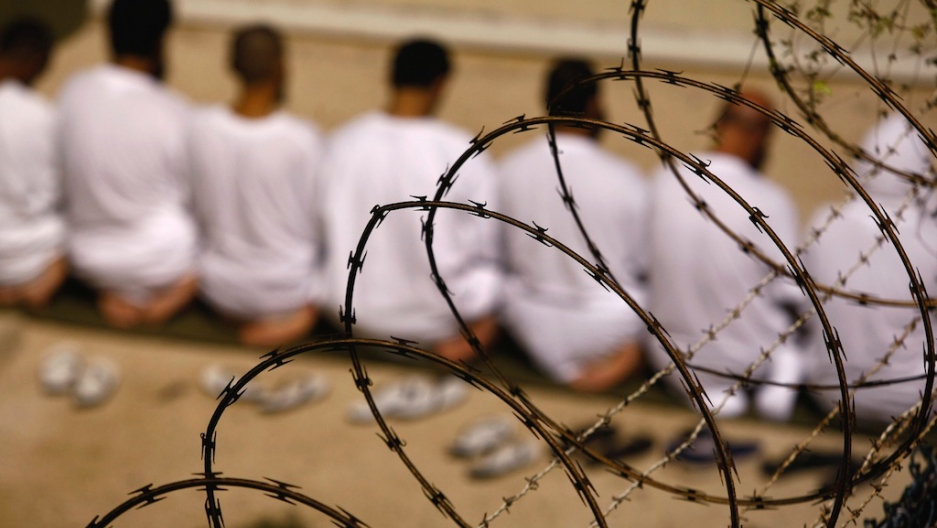 A group of detainees kneels during early morning prayer in the camp at the US military prison for "enemy combatants" on Oct. 28, 2009 in Guantanamo Bay, Cuba.
Credit: John Moore
Share

The United States has sent two detainees held at the Guantanamo Bay detention facility since 2002 back to Saudi Arabia, the Pentagon said Monday.

Saad Muhammad Husayn Qahtani, 35, and Hamood Abdulla Hamood, 48, were not charged with a crime while in detention.

US military documents claim Hamood was an Al Qaeda courier and Qahtani was an Al Qaeda fighter who volunteered to be a suicide bomber. Qahtani has said he traveled to Afghanistan in April 2001 to fight with the Taliban.

There are now 160 detainees left at the controversial US prison. The US repatriated two prisoners to Algeria earlier in December.

A Sudanese news agency has reported that the last two Sudanese nationals at Guantanamo are scheduled to be transferred to Khartoum this week.

“The US has made real progress in responsibly transferring Guantanamo detainees despite the burdensome legislative restrictions that have impeded our efforts,” one of the envoys, Paul M. Lewis, said in a statement.

“In keeping with the charge the president has given us, [fellow envoy] Cliff Sloan and I are committed to facilitating additional responsible transfers to the maximum extent possible as we work to reduce the detainee population and ultimately close the facility.”