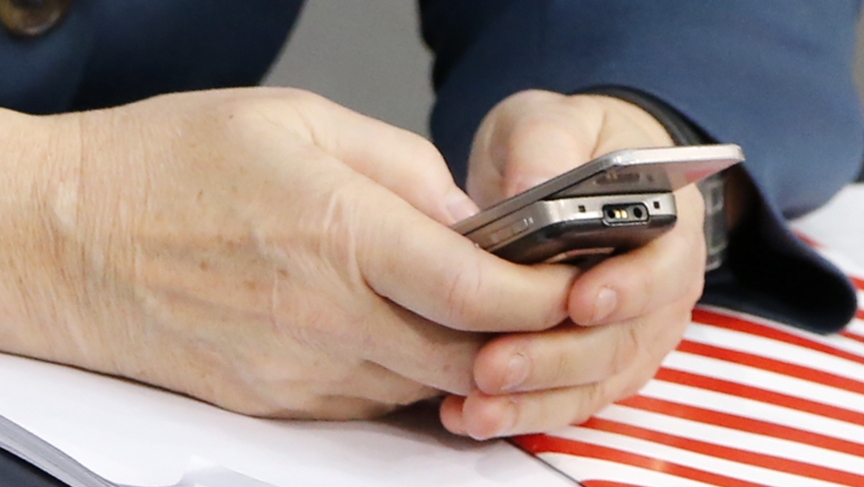 German Chancellor Angela Merkel uses a Nokia slide mobile as she attends a session of the lower house of parliament, the Bundestag in Berlin, November 28, 2013.

Here's my news prediction for 2014: Spying and mass surveillance will continue to trend on Twitter.

US District Court Judge Richard Leon just ruled that it's likely unconstitutional for the NSA to collect millions of Americans' phone records.

"Congress wanted to establish a system of checks and balances for intelligence surveillance," says Tim Edgar, who was the first director of privacy and civil liberties for the White House Security Staff under President Obama. Before the court, he says, the president was the only one to approve surveillance.

"After Watergate and the investigations of the intelligence communities in the 1970s, Congress thought, 'You know, this is too much power to put in the hands of the president alone," he says.

So Congress established the FISA court and tasked it with overseeing wiretaps within the US that the government thought might involve foreign spies or terrorists. The court's 11 judges are appointed by the chief justice of the US Supreme Court.

The Bush administration challenged the court's jurisdiction after the September 11 attacks and didn't feel it needed permission from the FISA court to go after al-Qaeda. "That was very controversial," Edgar says, "even within the national security establishment."

So in 2006, he says, Congress approved a new law and put the new surveillance techniques, used to go after potential terror suspects, back under the eye of the FISA court. That turned what was a small, specialized court into a very powerful court, according to Edgar.

The FISA court "was basically set up to provide a simple yes or no approval to national security wiretaps. And now, they oversee very large surveillance operations."