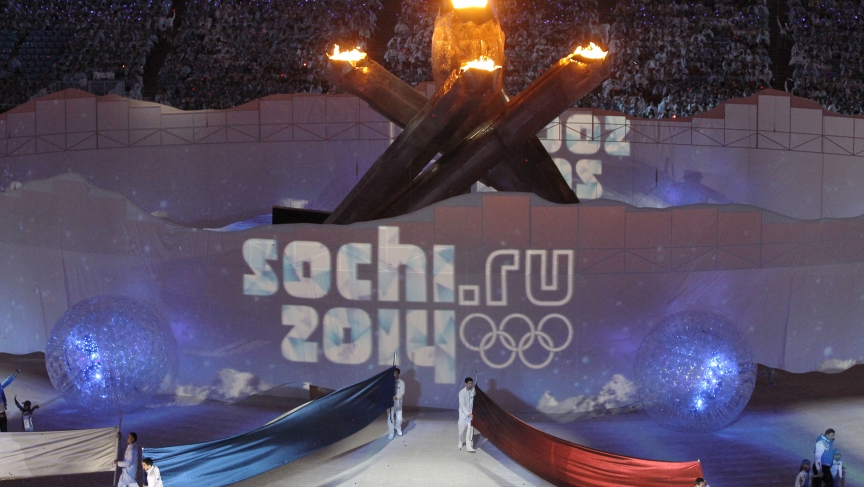 It's a response, he says, to Russia’s crackdown on gay and lesbian people. The Russian parliament passed a law in late June that makes it illegal to spread "propaganda for non-traditional sexual relations" to minors.

Violent attacks on gay rights activists in Russia have become "frequent," according to the human rights group Amnesty International.

And questions have been raised about how best to keep athletes and fans who support gay rights safe at the Sochi games.

Stevenson plans to meet with IOC members in Sochi to discuss gay rights and lobby for gay rights to receive more attention.

Stevenson also plans to urge the IOC to make a 'Pride House' a permanent fixture at future Olympic Games.

"This was a safe house where GLBTQ Olympic athletes could come meet with one another, their families, their friends their supporters," Stevenson said. "But Russia has refused to allow a 'Pride House' in Sochi so I want to speak to the IOC to convince them that from here on out, there must be a 'Pride House' at every Olympics and that any city bidding for the Olympics must include a 'Pride House'."

Stevenson is concerned for his safety traveling to Russia but believes it's his obligation to go to represent Vancouver.

"We just feel that it's our responsibility as the last host city," said Stevenson. "And I'm the only openly gay councillor on our council and so, if not me, then who?"

Activists in Russia applauded Vancouver’s efforts, saying having an official gay delegate will draw attention to their cause.