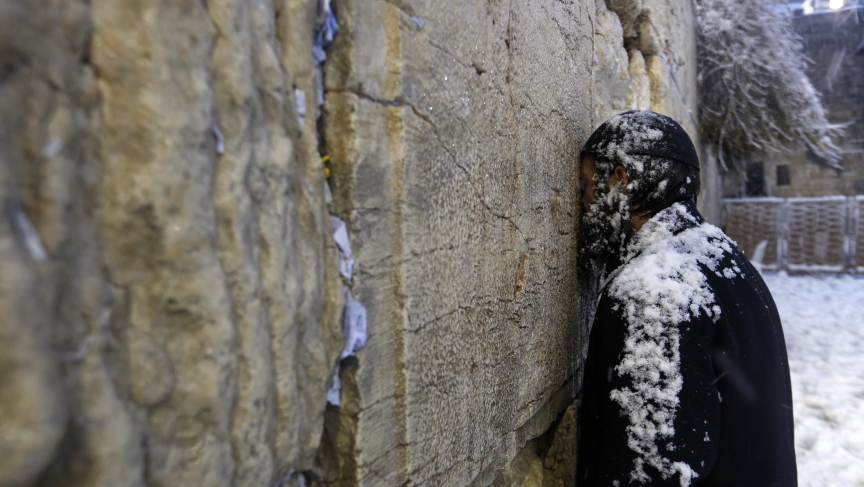 An Ultra-Orthodox Jewish man prays at the Western Wall in Jerusalem's Old City during a snowstorm December 13, 2013.

It's snowmageddon in Jerusalem.

The city is under siege ... all roads in and out of the city are closed. One member of the Israeli parliament, the Knesset, was stuck all night long on the road in his car until he was rescued 12 hours later. 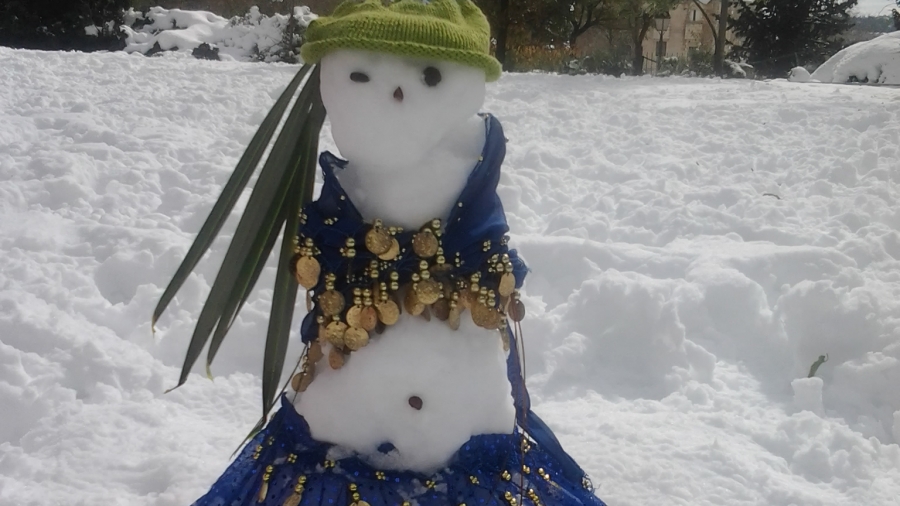 Old trees have fallen everywhere, thousands in the city are without power.

But in a rare show of togetherness, there's an Israeli-Palestinian joint team working to handle weather related emergencies in Israel and the West Bank.

A neighbor said he thought it was the most snow that's fallen here in 30 years. According to The Jerusalem Post, 12 inches of snow have fallen in parts of the city from a storm that's also brought snow to Cario and much of war-torn Syria.