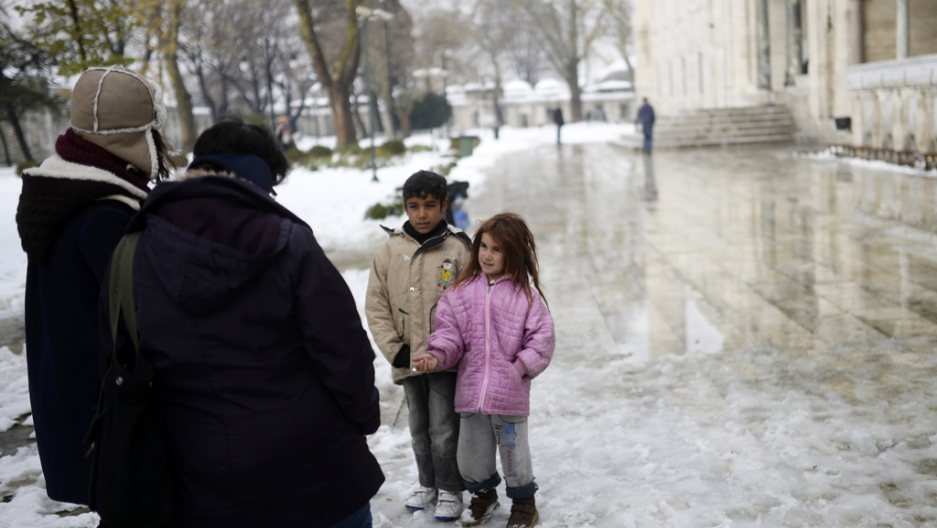 The winter storm that hit the Middle East may have brought surprise, beauty and joy to Israelis and Egyptians — the latter seeing snow for the first time in years.

For Syrian refugees living in tents, however, it has brought cold and misery. The United Nations has warned that hundreds of thousands of refugees are now at risk due to the storm, which heralded blizzards and freezing rain.

Around 838,000 of the Syrians who fled the civil war now live in refugee camps in Lebanon, where the only thing standing between them and the elements is a thin plastic tent.

In Jordan, another 120,000 refugees tried to reinforce their tents after the winds toppled 10 tents on Thursday. Several parts of the Zaatari refugee camp were flooded due to the storm, and some refugees had to be evacuated to safer parts of the camp.

The severe weather has also delayed aid shipments from the UN that were meant to fly from Iraq to Syria.