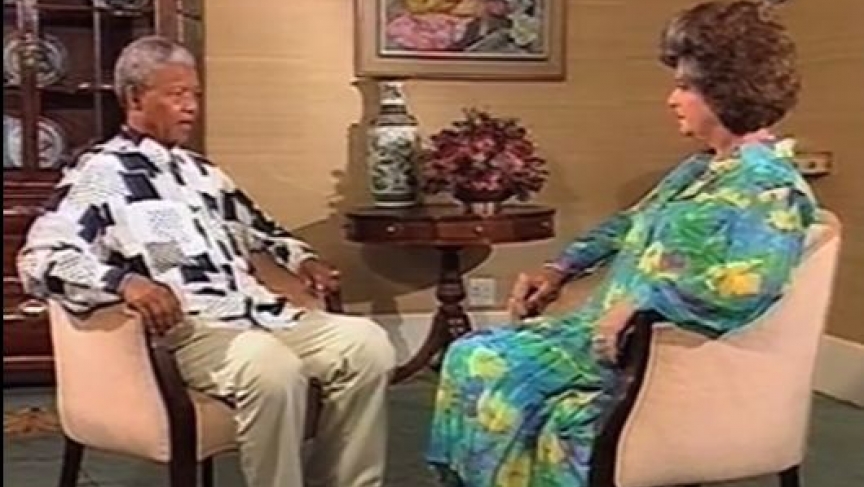 Nelson Mandela devoted his life to liberating South Africa and generously offered the hand of reconciliation to his former oppressors after he was elected president in 1994.

"Mandela making that gesture to his former enemies was an extraordinary way to use humor to reconcile a nation," says South African satirist Pieter-Dirk Uys. 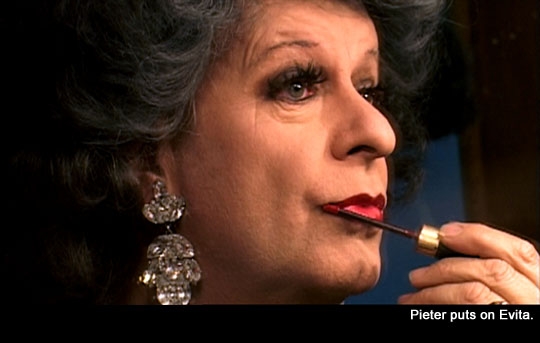 Uys used humor during the anti-apartheid struggle. In the early 1980s, the writer, actor and activist created a character named Evita Bezuidenhout, a white Afrikaner socialite and (in her own mind) political activist. "She's a combination of people," says Uys. "A cross between a right-wing, glamorous white woman from the American South, a touch of Maggie Thatcher steel, a bit of Imelda Marcos, if only in her shoe choice, and even Eva Braun."

In the 1980s and early 1990s, Evita, who goes by the nickname Tannie Evita, delighted South African audiences — and even some TV viewers when the show would pass South African censors. Evita loved talking about her role as the "ambassadress" of Bapetikosweti, a fictitious Bantustan or black homeland located just outside her affluent whites-only suburb. The silliness of it was a not-so-coded way of making fun of apartheid.

"I call humor a weapon of mass destruction," Uys says.

During the apartheid years, Uys and Evita Bezuidenhout had many fans. It turns out one of them was on Robben Island.

"In 1985, I was sent to Robben Island to visit a prisoner," Uys recalls. He was sent by Helen Suzman, a liberal white politician who opposed apartheid. When Uys arrived on Robben Island he was taken to meet a young man who had been in prison for four years.

"He was so happy to see me because nobody visited him and I asked him how he knew me and he said, 'I saw your video last week,'" Uys recalls. "Then he told me 'You know the government thinks you're a mad drag queen and they show us all your videos. We know what's happening in our politics because we watch what you do.'"

Then he told Uys something that stunned him: "You make Nelson Mandela laugh."

Uys started receiving letters from Winnie Mandela saying, "Nelson sends you his love and his support." Uys says he was deeply moved. "I was so inspired by this invisible man who was as aware of me as I was aware of him, and neither of us could see each other's faces except he saw mine on this bloody video. Can you believe it?"

After Mandela was elected president in 1994, he agreed to sit down for an exclusive interview with Pieter-Dirk Uys in character as Evita Bezuidenhout. It took place in the presidential offices in Pretoria. "When the crew was setting up for the taping, I heard Mandela say 'My name is Nelson Mandela. Welcome, '" Uys recalls. "The crew cried, black and white, young and old." Uys says meeting Nelson Mandela that first time was like meeting the son of God.

But Mandela surprised him again. "He looked at me and said 'Oh, Evita. You look very beautiful.' He treated me like a lady, not a man in a dress, " Uys says.

Mandela understood how powerful humor could be, Uys says.  When the crew was hooking up Mandela's microphone before the interview, Uys thanked Mandela for taking the time and he said, "Oh Pieter, I want to be on Evita's show because I have important things to say and nobody watches the news." Mandela then wove humor and serious issues into his 30 minutes with Evita.

"He took this stupid little show, of a man in a dress, and treated it with respect," Uys recalls.

If you ask Pieter-Dirk Uys how he'll remember Mandela, he says it's with enormous gratitude.

"He freed me from jail, my jail of prejudice and fear. I'm a white Afrikaner. I'm responsible for apartheid. I can never blame somone else. I benefitted from it with a top-notch education. I was a Christian child. I was told this was God's will and I didn't question it," he explains.

And it's the fact that Mandela came out of 27 years in jail with no bitterness that will forever stay with Uys. "He invited me into his life, in a dress," he says, with a laugh. "I will just always for the rest of my life be grateful to this man for giving South Africa a second chance. We all got a second chance. "