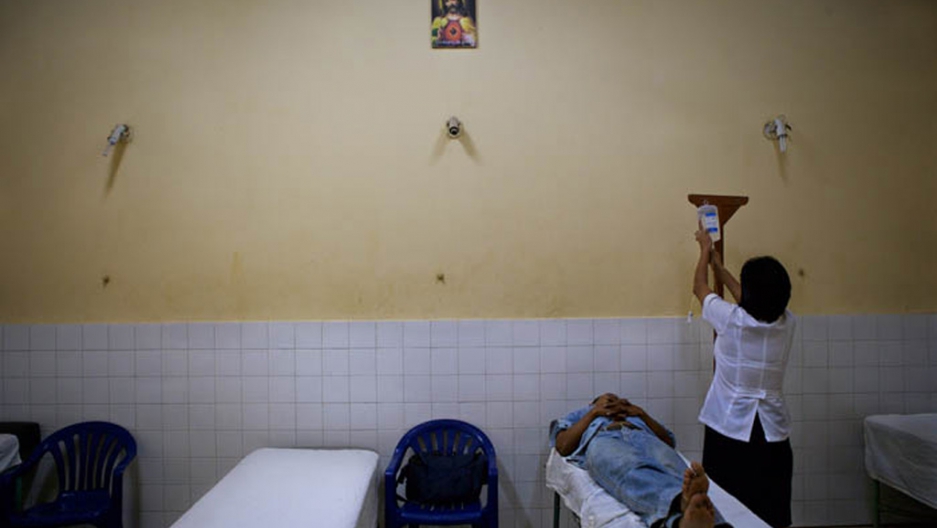 The World Health Organization has news about the international battle against malaria: it appears that humanity is winning.

According to the 2013 World Malaria Report, an estimated 3.3 million lives have been saved across the globe thanks to doubled-down efforts to both control and eliminate malaria. That's a reduction of world malaria rates by 45 percent, with a 49 decrease in Africa alone.

More from GlobalPost: US malaria cases hit a 40 year high

Although more of the world population lives in at-risk regions than in 2000, malaria deaths continue to decline — which the WHO attributes to both political commitment towards stopping malaria and increased funding towards battling the mosquito-borne disease.

A malaria vaccine may also be in the works, as clinical trials begin in seven African nations, conducted by  GlaxoSmithKline. The majority of those killed by malaria — a toll estimated at over 600,000 a year — are children.

The news isn't all good. Drug-resistant malaria appears to be on the rise in Southeast Asia, wrote the Los Angeles Times, with problems reported in Cambodia, Myanmar, Thailand and Vietnam. People in these nations appear to be unusually resistant to artemisinin-based combination therapies, considered the best available malaria treatment.

“This remarkable progress is no cause for complacency: absolute numbers of malaria cases and deaths are not going down as fast as they could,” says Dr Margaret Chan, WHO Director-General in the release.

“The fact that so many people are infected and dying from mosquito bites is one of the greatest tragedies of the 21st century.”