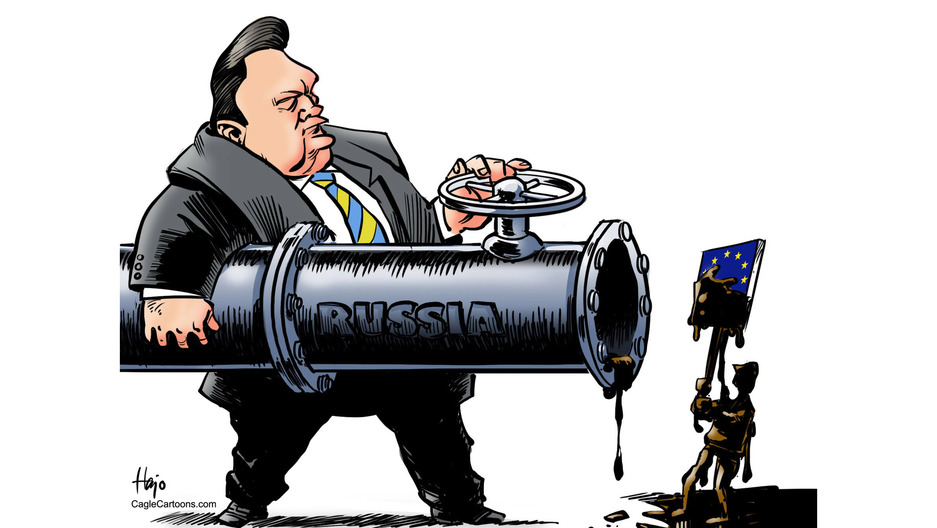 Ukraine's President Viktor Yanukovych might prefer lower gas prices from Russia than any promises or perks offered by the European Union. Yanukovych is dealing with massive protests in Kiev over his decision to turn away from the EU in favor of a trade deal with Russia. Now he appears to be courting both sides for the best deal he can get to help his country out of a recession that has lasted more than a year.

The protests in Ukraine may have produced the results they were meant to achieve.

On Thursday, the BBC reported that Ukraine President Victor Yanukovych assured an EU official that he would sign a trade and security agreement with the EU. That apparently reverses the decision that set the protests in motion. However, no timeline has been announced. Russia says it still hopes Ukraine will join in a Eurasian customs union that it intends to establish with other former Soviet bloc nations.

Can Islam and democracy mix?

“The government creates an aura that is surreal, menacing, and insufferably pompous.”

The New York Review of Books takes a long look at Turkey’s compromise between Islamism and western-style democracy — and finds all is not well. For decades, Turkey has been held up as an example of how political Islam can work in a democracy.

But earlier this year, popular protests sparked by plans to develop Gezi Park started to reveal cracks in the model. Many Turks, it turns out, are not pleased with the increasingly Islamist agenda of the current political leaders.

Iranians get nasty on social media over the World Cup draw

Iranians are soccer, er... football, fans and they were anxious to watch on television the draw that determines the play schedule for the coming World Cup in Brazil. Brazilian supermodel Fernanda Lima was helping with the draw, and every time the camera focused on her, in a low-cut dress, Iran's state television dropped the picture.

The Southeast Asian games kicked off Wednesday and included a number of sports unique to the region. Is this the moment to start practicing Sepak Takraw (‘kick volleyball’), ‘Chinlone’ (involves dancing and kicking soccer balls) and Petanque (French-inspired ten pin bowling)?

The BBC has stories and photos from five sports you'll see at the games in Myanmar, but won't find on an Olympic schedule.

Some facts about Mandela that China would like you to forget

When Nelson Mandela died, Chinese officials issued stern guidelines to its media on how to report on his death. His advocacy for democracy and human rights? Off limits. His relationship with the Dalai Lama and Taiwan? Didn't happen.

Rather, Mandela was to be portrayed as an "old friend" of China's. And certainly he shouldn't be compared to China’s jailed Nobel Peace Prize laureate Liu Xiaobo, who many have compared to Mandela. The Washington Post has the details.

People are able to smoke marijuana legally in Uruguay. Soon, they'll be able to grow, buy and sell it, too, thanks to a new law. The government is creating a tightly controlled government market.

Interestingly, many Uruguayans weren't behind the new measure. But the country's 78-year-old president pushed the law as a way to keep drug traffickers from controlling the country with their money and violence, as PRI's The World reports. The move is expected to drive down prices for marijuana, perhaps globally.

Jerusalem was hit with a surprise snow storm this week, which led to scenes like this at the Dome of the Rock.

Four people have died in Casiguran, Philippines, after 30 hours of rain — more than 15 inches total — unleased mudslides that buried their home. The dead include a mother and her three children, ages 5 to 11, GMA News reports.