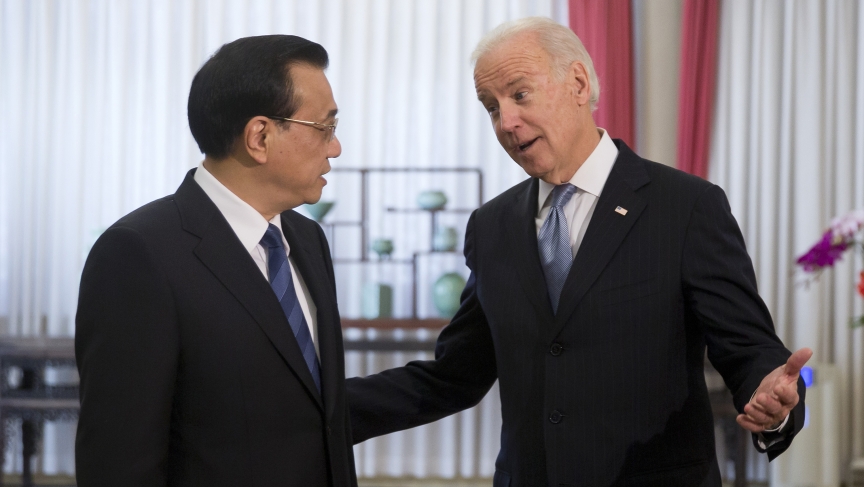 The clock is ticking for almost two dozen of my former foreign correspondent colleagues in Beijing.

In an unprecedented move, the Chinese government has declined to process visa applications for the entire Beijing bureaus of The New York Times and Bloomberg, in apparent retaliation for investigative reporting those two media organizations have done on the considerable financial assets of certain top Chinese leaders’ families, including current President Xi Jinping and former Premier Wen Jiabao.

China’s leaders have reason to feel uncomfortable about such coverage. They know that income disparity is growing in China, with much wealth concentrated in a relatively tiny circle of political elites. China’s two legislative bodies boast at least 83 billionaires — compared to the grand total in the US Congress of zero. The New York Times’ investigation of Wen Jiabao’s relatives, published in October 2012, found they controlled assets worth at least $2.7 billion. A similar Bloomberg investigation of Xi Jinping’s family found assets worth a more modest $376 million.

But even this is embarrassing to a president and Communist Party leader who has vowed to crack down on corruption, who told a gathering of Party cadre in 2004, “Rein in your spouses, children, relatives, friends and staff, and vow not to use power for personal gain.” At a time when few Chinese, including members of the Communist Party, believe in Communism anymore, credibility matters.

And the Communist Party’s credibility has had a rough ride over the past couple of years, as scrutiny and criticism by the 500-plus million Chinese on Weibo — China’s version of Twitter — has grown, and as revelations of crime, greed, treachery and betrayal have emerged, with jaw-dropping plot lines that range from Shakespearean to soap operatic.

Former senior leader Bo Xilai, most recently Communist Party chief of Chongqing, went from being a contender for the top circle of power — the seven-person Politburo Standing Committee — to serving a life sentence in prison for bribery, abuse of power and corruption. His wife, Gu Kailai, is serving her own prison sentence — a suspended death sentence, after being found guilty of the murder of British businessman Neil Heywood. And former top security chief and Bo Xilai-ally Zhou Yongkang is now under near-house arrest, pending charges of violating Party discipline. The details behind that charge haven’t yet been made public, but Zhou was the only member of the previous Politburo Standing Committee to oppose kicking Bo out of the Party, and rumors swirled on Weibo last year that Zhou and Bo were planning a coup.

It’s rare for Chinese leaders to go after each other in such a public fashion. Internal disputes abound, but since the 1989 Tiananmen crackdown on pro-democracy demonstrators, senior Party officials from rival factions have mostly duked it out in private. Sure, it’s been a tradition for new Party leaders to clear out rivals by announcing a campaign against corruption, and then selectively going after those they want to sideline, but Xi Jinping is the first to have to do that when so many Chinese are online, China holds so prominent a place in the world and is subject to so much scrutiny.

It’s in this context that Xi’s government has been cracking down on critical commentary on Weibo, in Chinese media and from Chinese academics. It’s also the context in which the reporting environment for foreign correspondents in China has deteriorated.

This deterioration is all the more disappointing because it has come after a stretch when it looked like China was moving toward playing by international rules, in terms of how it let foreign correspondents operate.

When I first started reporting in China, opening NPR’s bureau in 1996, the rules on the books still said that if foreign correspondents wanted to report outside of Beijing, they had to ask permission from the local government in the place they wanted to visit, submit a list of people they wanted to interview and places they wanted to go. The local government would then decide what to allow. It would assign a minder to the visiting journalist, and charge a hefty fee for the ‘service.’

Over time, more and more foreign correspondents ignored the rules and just went out reporting, and the central government became more and more relaxed about it. Occasionally, local police would detain journalists for not following the rules, but after writing a ‘self-criticism,’ they’d generally be allowed to go on their way without further consequences.

Things got better still in the run-up to the 2008 Olympics. The government changed the regulations, to say that foreign correspondents could now interview anyone who agreed in advance to be interviewed. And for a couple of years, reporting in China became much easier, and China more or less got the positive coverage of the Olympics it wanted.

And then the party was over. Foreign correspondents began to find that when they went to places that had been having demonstrations or disputes, plainclothes thugs would physically harass them, their sources and their reporting team, while uniformed police stood by. The government would claim, each time, that these were merely patriotic villagers, upset that foreign correspondents were coming to try to rake up muck.

Antipathy got ratcheted up more amidst Chinese leaders’ anxiety that the Arab uprisings of 2011 might spread to China. Bureau chiefs, including myself, were called in to the Foreign Ministry and told, “the regulations haven’t changed; you just didn’t understand them.” From now on, we were told, police could decide on the spot if ‘getting permission in advance’ meant the foreign correspondent should have contacted the interviewee’s employer, or neighborhood committee, or district government, days before doing the interview. “And if you argue with the police, you become the problem and we can’t help you,” the Foreign Ministry official told us.

For all this, most foreign correspondents, most of the time, are able to do their reporting in China with no government interference. But when the topic at hand is deemed ‘sensitive,’ all bets are off. It may be easy to interview a dissident recently released from prison, or you may be detained. It’s hard to know.

It does seem clear that Xi Jinping’s administration has more of a taste for playing hardball with foreign correspondents than did the previous administration. Expelling journalists was not uncommon in the 1980s and early ‘90s, but there’d been a long stretch since 1998 when there’d been no such expulsions.

Then, last year, Melissa Chan of Al Jazeera English was told, after five years in China that included many reports focusing on human rights abuses, her visa would not be renewed. This autumn, Paul Mooney, a correspondent who’d been resident in China for 18 years, reporting for Newsweek, the South China Morning Post and others, was told his visa to take up a position with Reuters in Beijing was also denied.

Next came an announcement that the procedures for foreign correspondents to renew their visas would change. It used to take one week for visas to be processed; now it would take three, and all foreign correspondents needed to do it at the same time. That effectively tied them down to Beijing, since they can’t easily travel without their passports.

Even with all this, it’s a dramatic leap to go from turning down one or two visas to declining to process visas for all journalists in an entire bureau, much less for two different news organizations. The move may have come, in part, because even after a year in which neither The New York Times nor Bloomberg have been able to get any new reporters credentialed in China, each has continued to pursue investigative reports on the financial dealings of China’s political elite. The New York Times published a follow-up report in November about the cozy financial relationship between Wen Jiabao’s family and JP Morgan. And Bloomberg had in the works another investigative report, about financial ties between Chinese leaders and one of the country’s wealthiest businessmen.

The Bloomberg story has not run. A New York Times story quoted four unnamed Bloomberg reporters as saying Bloomberg co-founder and editor-in-chief Matthew Winkler had killed the story, for fear it would get Bloomberg kicked out of China. One of the Bloomberg employees was quoted as saying Winkler had referred to how journalists covered Nazi Germany, pulling their punches on some stories, as how China had to be covered now. Winkler and Michael Bloomberg himself have denied the story was spiked, but one of the story’s two reporters, Michael Forsythe, was escorted from Bloomberg’s Hong Kong bureau and has left the news agency.

Such actions have done Bloomberg’s reputation no favors as a trusted news source. Nor has pulling punches helped the cause of Bloomberg journalists in Beijing, who remain every bit as much in limbo as their Times colleagues.

One of those Times colleagues, Didi Kirsten Tatlow, has blogged about China’s missteps in exercising its power, with foreign correspondents and with the world. In it, she quotes independent Chinese scholar Zhang Lifan as saying, about the leadership’s recent tactics, “It’s like a car barreling the wrong way down a highway. The direction it’s taking contradicts its own beliefs, contradicts universal values.”

With time ticking down on visa renewal for New York Times and Bloomberg correspondents, Vice President Joe Biden warned Xi Jinping in a meeting that there would be consequences for China if those bureaus aren’t allowed to operate. One possibility would be to refuse or restrict visas for the hundreds of Chinese journalists for state-run media who are based in the United States. Some argue that the United States should uphold media freedom, and should not stoop to China’s level. But Zhang Lifan has a different opinion.

“I think that when you deal with a person who doesn’t understand the rules, you have to get him to understand them,” he told Tatlow. “Otherwise, you will find yourself having to yield to a crude and rash fellow.”