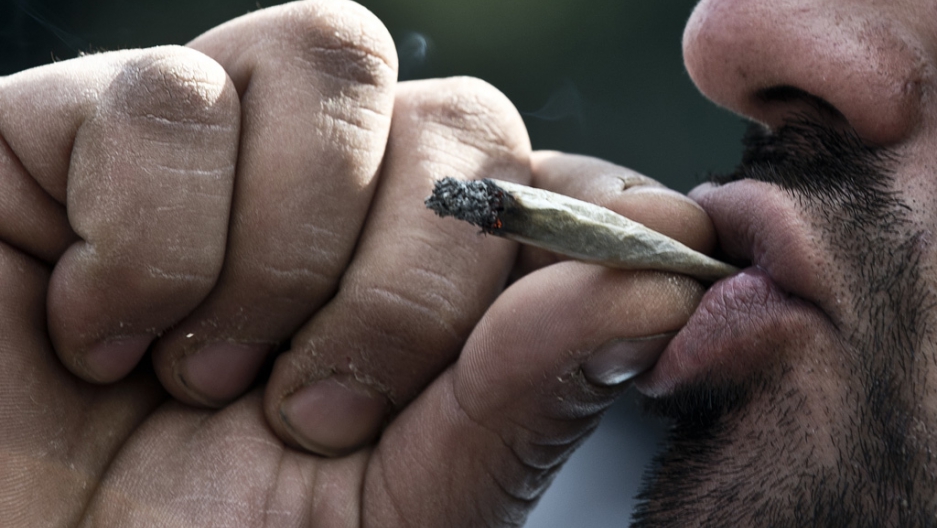 The Uruguay Senate on Tuesday decided to approve the world's first ever national marketplace for the sale of legalized marijuana, with the blessing of President Jose Mujica.

Uruguay lawmakers voted 16 to 13 to allow the new government-run marijuana industry, which Mujica says is an effort to take a more positive approach to the global drug war, The Associated Press reported.

The law will be implemented in 120 days as Uruguay's drug control officials finalize the regulations that will govern the sale and consumption of marijuana, which will be managed by the government all the way from growth to consumption.

Uruguay residents over the age of 18 will be allowed to buy up to 1.4 ounces of marijuana a month from licensed pharmacies, as long as they submit to having their purchases tracked by a national database, according to Reuters. They will also be able to keep up to six marijuana plants in their homes each year.

"Today is an historic day. Many countries of Latin America, and many governments, will take this law as an example," said Senator Constanza Moreira of the ruling Broad Front party.

Uruguay will become the first nation in the world completely to legalize the sale and production of marijuana under state control, says the Voice of America, thereby going beyond other nations — and US states — that allow individuals to possess it.

Mujica's "experiment" is supported by American investor-philanthropist George Soros and his Open Society Foundation, as well as the New York-based Drug Policy Alliance, according to The Washington Post. Mujica has met personally with both Soros and another US billionaire, David Rockefeller, to discuss the move.

However, not everyone in Uruguay supports the move. In fact, opinion polls indicate two-thirds of Uruguayans are opposed to the new plan.

“I would say to Mr. Soros, to Mr. Rockefeller, and to the president of the republic that you don’t experiment with the Uruguayans. We are not guinea pigs,” said opposition Colorado Party Sen. Pedro Bordaberry, according to the AP.

Uruguay is not the only Latin American country involved in the growing debate over drug legislation.

A number of former leaders and prominent public figures, including Brazil's Fernando Henrique Cardoso, Mexico's Ernesto Zedillo and Colombia's Cesar Gaviria, have also backed the idea of decriminalizing and regulating marijuana use, according to the BBC — though, as Mujica has pointed out, they did so only after leaving office.