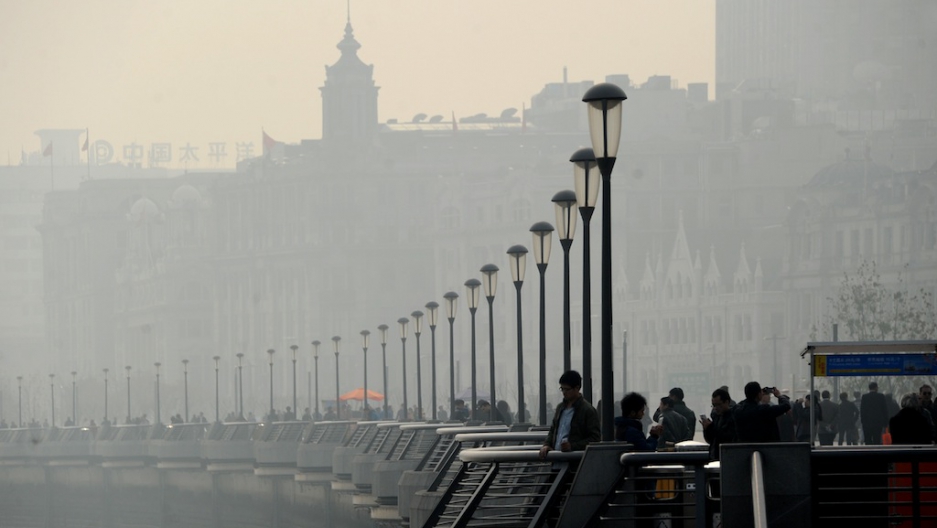 People wander at The Bund on December 5, 2013 in Shanghai, China. Heavy smog continued to hit northern and eastern parts of China on Thursday, disturbing the traffic, worsening air pollution and forcing the closure of schools.
Credit: ChinaFotoPress
Share

You can't make this up, really.

Two Chinese state media outlets are under fire for releasing lists of the "surprising benefits" of the smog that's been choking the country in recent months.

Sure, it might burn your lungs and destroy the environment, but smog can also make you smarter and funnier, according to one list published Sunday by state broadcaster CCTV.

Here are other benefits of toxic air, according to the report:

The Global Times, which is published by the Communist Party's official People's Daily, also said smog may help the Chinese military by obscuring sight lines, reducing the effectiveness of surveillance and weapons systems.

"Is the smog supposed to lift if we laugh about it?" wrote the Beijing Business Today, published by the city government's official Beijing Daily. "Smog affects our breathing. We hope it does not affect our thinking."

The Dongguan Times, from a heavily industrial city close to the border with Hong Kong, said CCTV's comments were so bizarre people did not know "whether to laugh or cry."

“It is a public tragedy that half of China is engulfed in smog," wrote one Weibo user. “We should not entertain ourselves by this tragedy.”