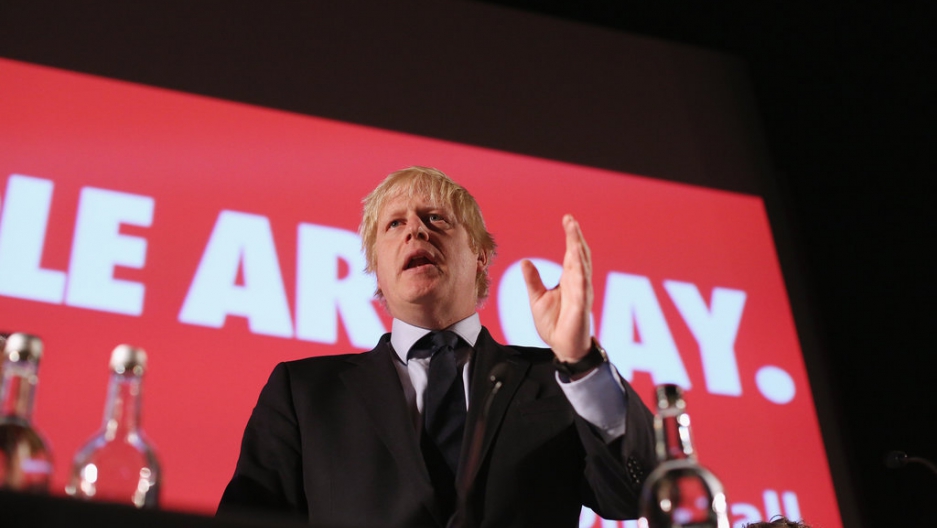 Editor’s Note: This story is the second in a running series on the global debate about the controversial practice of gay conversion therapy — also known as reparative therapy and sexual reorientation therapy — which has been widely discredited by professional organizations but remains legal in most places. The stories will explore the intersections of lesbian, gay, bisexual and transgender (LGBT) identities and mental health.

PARIS, France — The controversy surrounding gay conversion therapy is heating up in Europe as the British Parliament deliberates whether to ban it in the United Kingdom.

At a special debate in Westminster Hall in London, UK Health Minister Norman Lamb said that conversion, which aims to help “cure” patients of homosexuality, was “utterly abhorrent” and that no doctor funded by the National Health Service should be referring patients for such treatment.

“It is sad that we need to state that, but it needs to be stated. [Homosexuality] is not an illness to be treated or cured,” Lamb said. “It is completely inappropriate for any general practitioner to be referring a patient for such a thing. It is unacceptable that that should happen through someone working in our National Health Service.”

Support for an official ban is growing, said Labour MP Geraint Davies, who last June urged Health Secretary Jeremy Hunt to consider outlawing conversion therapy, also known as reparative therapy. “In the political community, more and more MPs, more parties are agreeing to regulation and that gay-to-straight conversion therapy is inappropriate at best and immoral from most people’s point of view.”

According to a 2009 study by the journal BMC Psychiatry, 17 percent of therapists surveyed reported having assisted at least one patient to reduce or change his or her homosexual or lesbian feelings.

“Conversion therapy is a surprisingly big problem in the UK that is not often talked about,” says Tom Stephens, a member of the steering committee of the Hull and East Riding Labour LGBT+ Network.

“Most ordinary people — it doesn’t matter where you are in the political spectrum — kind of think it’s just insane,” Stephens said. “I think it’s a very small minority in the medical community and in the population more widely that think this is actually acceptable and should be allowed.”

Support for the therapy comes from organizations such as Core Issues Trust. Co-Director Mike Davidson, himself “ex-gay,” says “therapies that support men and women with unwanted same-sex attraction” should be regulated but not banned. He calls efforts to ban such therapies “draconian,” saying the effort “simply pushes people under the parapet and makes vulnerable people more vulnerable because they will be forced to go to amateur counselors.”

“I think that all psychotherapy irrespective of the modality and age group to whom it is offered needs to be regulated,” Davidson said. “I don’t believe that therapy that’s intended to support people in a person-centered way should be restricted.”

“For as long as I could remember I had homosexual feelings and tendencies and was conflicted for much of my early life,” he said. “I felt that I had choices, and that for some people a Christian identity is more primary, and they make decisions based on that, and that’s what I chose to do. I would argue that that’s a legitimate freedom in any balanced society. We don’t all have to be the same but the freedom that we give to people to live with the identity and set of practices that they’re comfortable with I think is really with fighting for.”

Last year, Core Issues Trust was one of two organizations behind a planned campaign discouraging homosexuality. The campaign, in the form of advertisements on London buses, was to include posters carrying the message, “Not gay! Ex-gay, post-gay and proud. Get over it!”

London Mayor Boris Johnson blocked the campaign on the grounds that it suggested homosexuality was a disease that could be cured.

At the Westminster Hall Debate on Nov. 20, Labour MP Sandra Osborne — who called for the debate, referred to conversion therapy as a “very real and present danger in Britain” and called the practice “extremely harmful” to patients.

“This (regulation) is an issue I was concerned about and I also became aware that in certain instances there were cases of so-called gay-to-straight conversion therapy where often people might be referred by general practitioners s to people who were positioned as psychotherapists and therefore thought to have some sort of medical qualification and authenticity who would then perhaps be driven by religious motivations or other views to try to provide so-called therapy to convert people,” Davies said. “Now clearly there’s no scientific evidence such therapy is effective, and it’s not something that’s desirable and it can in fact lead to traumatic outcomes for people involved.”

MP Mike Freer called the practice “voodoo medicine” and accused the Department of Health of being “very weak” on the issue.

The resulting 2010 story about the therapy experience in The Independent prompted outrage from gay rights supporters and many in the medical community. The British Medical Association passed a motion condemning attempts by therapists to change a patient’s sexual orientation, and called for an investigation by the National Health Service. Ultimately, the British Association for Counselling and Psychotherapy accused Pilkington of professional malpractice and withdrew her membership from the organization.

Strudwick ended a 2012 follow-up article in The Independent with words of advice to Pilkington — who has spoken publicly about her own son’s struggle with homosexuality — and to parents of gay children at large: “Accept your child for who they are, or you will either damage them or lose them forever.”

The UK is not alone in grappling with the controversial practice. In Germany the Union of Catholic Physicians was in the media spotlight in 2011 for offering “therapy options for homosexuality” on their web site. The assertion that homosexuality was in need of a cure prompted outrage from gay and lesbian rights groups. The organization’s director, Gero Winkelmann, was a general practitioner with no psychotherapy credentials.

In Russia last summer, State Duma MP Mikhail Degtyarev, a member of the populist-nationalist LDPR party, said that the lower house of parliament was drafting a plan to offer gay citizens conversion therapy free of charge. Consultations with psychologists, psychotherapists and sexologists could help them “return to normal life and become heterosexuals,” he said.

More from GlobalPost: Activists to gay conversion therapists: 'Don't try to fix us'