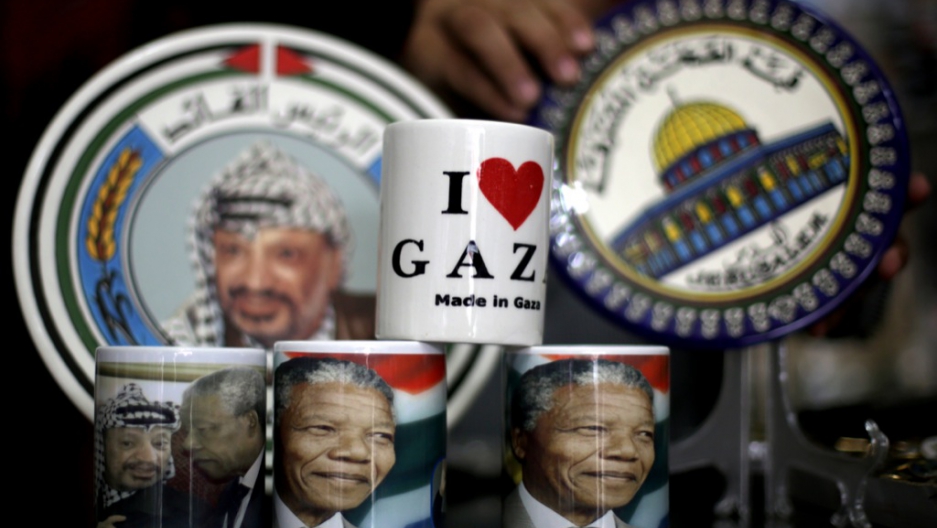 Israeli Prime Minister Benjamin Netanyahu's clumsiness coping with what should have been a simple matter of attending a state funeral for Nelson Mandela has garnered Israel baffled, damning headlines everywhere from The Daily Beast to The New York Times.

Within Israel, the reaction has ranged from blistering to sarcastic. A Ha'aretz opinion column published Monday was topped with the lengthy headline, "Nixing Mandela funeral as too costly, Bibi shows world what he's truly made of: Israel's prime minister proves he is not the smug, petty, vindictive, waffling, in-your-face insulting man he seems. He's something worse."

Mondoweiss, a left-wing website, came out with a rare comedic plea, asking its readers to "Help send Netanyahu to the Mandela Memorial!"

What's the problem with Israel's government and Mandela's state funeral?

Despite a history of fraught relations between South Africa and Israel, Israel's government had no real problem with Nelson Mandela's state funeral. The problem lies in the personality of Prime Minister Netanyahu and in the incompetence of his staff.

When Mandela's death was announced, Netanyahu issued an immediate statement of mourning. Ceremonial head of state and President Shimon Peres — who, like Mandela was, is a Nobel Peace Prize winner in his nineties —  said in a separate statement that he would represent Israel at the funeral.

From that moment on, "the saga" or "the fiasco" has snowballed to preposterous proportions. First, Netanyahu declared that in fact, he would attend Mandela's funeral; the president's office, which had already sent a five-person advance team to South Africa, was forced to take a step back.

Then, thirty-six hours before the funeral and without coordinating with the president's office or any other body, Netanyahu changed his mind and declared he wouldn't be attending Mandela's funeral — due to the prohibitive cost of organizing last-minute travel.

The trip would have cost an estimated $2 million.

With no other plan in place, and with the elderly Peres suffering from the flu, a few hours passed in which it appeared that no Israeli official was available to participate in Mandela's funeral, which is being attended by all living US presidents except for the ailing George H. W. Bush.

Netanyahu has recently faced a spate of criticism for his love of Cuban cigars, his predilection for sipping Cognac, for having spent almost $2,000 a year on scented candles and $2,700 on his favorite ice cream.

Last April, for no reason any Israeli could understand, Netanyahu spent almost $450,000 in public funds — including $127,000 on a private sleeping chamber — so that he and his wife, Sara, could attend Margaret Thatcher's funeral in London.

But this latest stumble has left Israelis stunned. The principal question news announcers grappled with Tuesday morning was, "Is it possible Netanyahu doesn't realize this was actually a justified expense?"

Eventually, at the last minute, the speaker of Israel's parliament said he was willing to attend — and had even snagged a 50 percent discount — but there remained "technical problems." Those problems, it emerged, were that it was too late for him and his delegation to get on a commercial flight to South Africa in time for the ceremony.

The solution? Leasing an El Al jet — much like Netanyahu would have done to begin with, but without the accompanying Hercules plane that would have carried the prime minister's security equipment.

The amateurish saga was reported live by an increasingly apoplectic and caustic Israeli media. On Monday night, an Israel Radio pundit suggested that in the absence of any Israeli representation, maybe Netanyahu could light one of his scented candles in Mandela's memory.

Ironically, Yuli Edelstein, the Knesset speaker who is, finally, attending the funeral, is an unusually apt representative. He is a former refusenik who spent several years in Soviet jails and labor camps for his desire to live openly as a Jew. In 1996, he met Mandela, and the two "shared experiences of prison life."

If he had been designated Israel's envoy to the funeral from day one, it would have been hailed as an inspired choice.

Why was this decision so sensitive for Israel's government?

Relations between Israel and South Africa have been fractious for a long time, with a notable deterioration in recent months.

Israel was one of a few countries —in addition to the United States — that in the 1970s and 1980s sold weapons to the apartheid regime in South Africa, for which many South Africans have never forgiven Israel.

In addition, in the post-Mandela era, successive South African governments have attacked Israel for its oppression of the Palestinians, who always stood by South African blacks fighting for equality, often drawing close comparisons between the predicaments of the two peoples.

However, I wish I could say that Netanyahu's embarrassing flip-flop had anything to do with matters of policy, or even cost-cutting. But across the board, from left to right, no Israeli I've heard from believes Netanyahu's ostensible reason.

The consensus here is that this is just the latest example of Netanyahu's personal gracelessness and lack of ability to gauge international reaction to his behavior, and the tin ear and clumsiness of his staff.

It's pretty much impossible for Netanyahu to justify his antics to the public no matter what the reason. In an interview with Israel Radio, Zev Krengel, a South African Jewish leader, deplored the fact that Netanyahu's spurious reason for the last-minute cancellation plays into the old anti-Semitic stereotype that Jews are stingy.

A South African rabbi interviewed on Israel Army Radio's morning news program spoke about the harm done to Israel's image in South Africa, and the squandered opportunity to repair tattered relations and express solidarity with South Africans. "Even Afrikaner friends," he said, are asking: "How could Israel lack respect for Mandela in this way?"

How does the average Israeli feel about Mandela?

Ordinary Israelis see Mandela as a heroic figure distant from their daily lives. His loss is seen as an event of international magnitude. In the last few days, he has constantly been referred to by media as the "Nobel Peace Prize winner and father of South Africa."

It is important to note that Mandela, while always underscoring his identification with the Palestinian cause, also resolutely maintained Israel's right to exist. His critique was of Israel's behavior during the years of apartheid, but he was not a party to the strident attacks against Israel by more recent South African leaders.