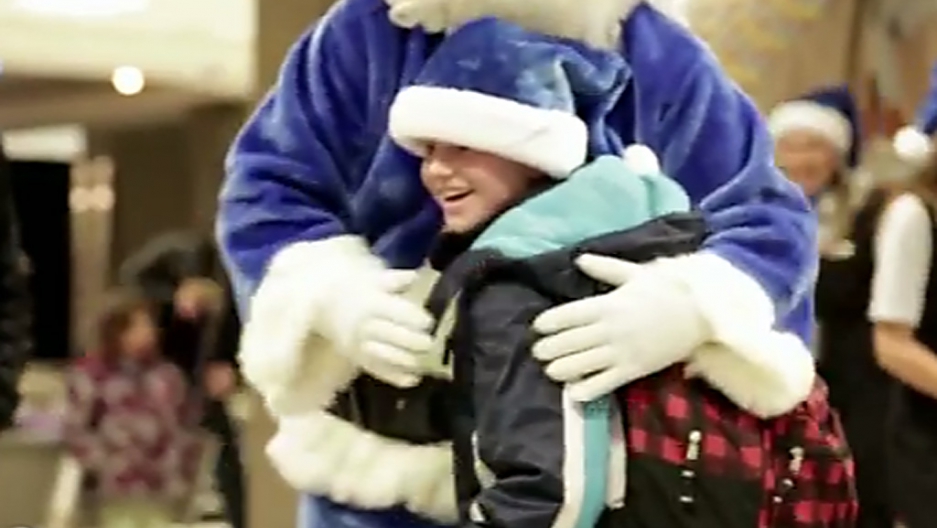 A young boy hugs the WestJet Santa after receiving a tablet computer for Christmas during the Canadian airline's viral marketing campaign filmed at Calgary airport.
Share

The airline set up video booths in Toronto and Hamilton, Ont., where guests scanned their boarding passes and recorded their Christmas wishes before heading on a four-hour cross-country flight to Calgary.

Behind the scenes, staff in Calgary recorded the details and then dashed madly to local stores to purchase and wrap the gifts in time for the flight’s arrival.

They included everything from socks and underwear to a toy train, tablet computer and big-screen TV.

“We wanted to surprise our guests with meaningful, personalized gifts when they least expected them,” WestJet vice-president Richard Bartrem told the Hamilton Spectator.

A little more than a week after WestJet published the video Dec. 8 on YouTube, it had nearly 30 million views.

This is the second year WestJet has attempted the elaborate holiday caper.

The inaugural video generated more than 500,000 views, triggering a promise from the airline to donate flights to needy families.

Ronald McDonald Charities gets the payoff this year, with flights being donated to families nursing a sick kid back to health while staying at a Ronald McDonald House.

WestJet took the Canadian travel industry by storm after arriving on the scene in 1996, encouraging staff to tell jokes during flights and poke fun at themselves in response to the stodgy image of Air Canada.

It has ballooned from a regional carrier with three Boeing 737 jets into an international carrier landing in 76 destinations on 98 aircraft. WestJet recently announced service to Ireland, and also flies into the United States, Mexico and the Caribbean.