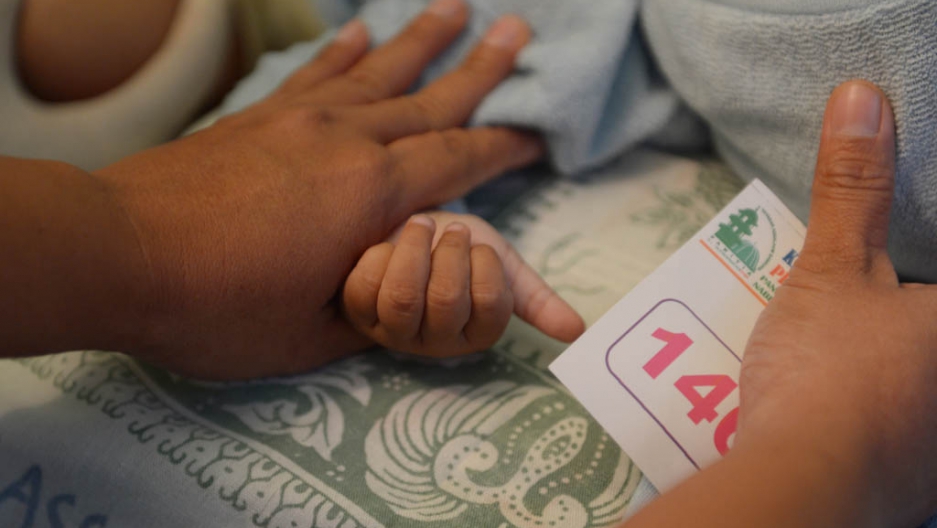 A mother holding her daughter's hand as she is circumcised in Bandung on February 10, 2013. The Indonesian government has come under fire after the UN General Assembly in November 2012 passed its first resolution condemning female genital mutilation (FGM) which more than 140 million women worldwide have been subjected to.
Credit: ADEK BERRY
Share

An article about female circumcision we posted Tuesday morning caused quite a stir among Redditors about the origin and ethics of female genital mutilation.

Inspired by the discussion surrounding the post, "Female genital mutilation on the rise among Southeast Asian Muslims," here are five of the biggest misconceptions, followed by the reality.

FGM is most certainly not an exculsively Islamic practice. Data show it is not practiced by most of the world’s Muslims, but it has acquired a religious dimension because religion is often cite it as the reason. There are, however, a host of other cultural and social factors that contribute to its prevalence.

In many cases, according to the World Health Organization, there is a social pressure to conform to a custom established long before this generation. Reasons for it range from the reduction of a woman’s “libido,” to a ritual occurrence meant to usher girls into womanhood.

In fact, the practice itself predates Islam by centuries. And, Amnesty International Ireland’s End FGM European campaign said, although it is “predominant among Muslims, FGM also occurs among Christians animists and Jews."

2. FGM is unique to the Middle East and Africa.

Between 100 million and 140 million women and girls around the world have been subjected to genital mutilation in one of its four forms, and not all of them live in the Middle East and Africa.

While sub-Saharan African countries have some of the highest rates, it is also growing in parts of South/Southeast Asia. Certain ethnic groups in Central and South America also follow the tradition, it is now being seen in some parts of Europe and accounts have been recorded in North America.

3. FGM is no different than male circumcision, and both observances should be treated with equal outrage.

Not quite. Regardless of where you stand on the ethics of male circumcision — sometimes called male genital mutilation (MGM) —  two facts remain: 1) Though in parts of the developing world the procedure is done with unclean tools and/or in unsafe manners, male circumcision is far ahead of FGM in terms of professional medical integration and execution. Rates of male circumcision are also dropping, not rising.

2) There are no lasting negative health outcomes for men, but studies show that FGM can lead to pregnancy and childbirth related complications, among other health issues.

4. FGM can be attributed, in part, to the Prophet Muhammad's relationship with a 9-year old girl.

Wrong. Actually: "Many people are doing it because they believe it is wajib or mandatory in Islam- a belief that was reinforced by a 2009 fatwa by Malaysia's Islamic council that made it religous obligation. Yet there is nothing in the Qur'an that states that female circumcision is required. The bottom line is that Islam is not supposed to cause harm," said Suri Kempe, an activist from the Muslim feminist organization, Sisters in Islam.

Yes, there are ongoing debates about whether or not the prophets marriage to the young Aisha was "appropriate," but those have nothing to do with female genital mutilation.

5. Groups that fight against FGM hide or dismiss male victims of circumcision because it doesn’t suit the feminist cause.

No, women’s rights groups, human rights groups, and feminists do not all support male circumcision while fighting FGM. The International Coalition for Genital Integrity is one place that recognizes the “inherent right of all human beings to an intact body, without sexual, racial or religious prejudice.”