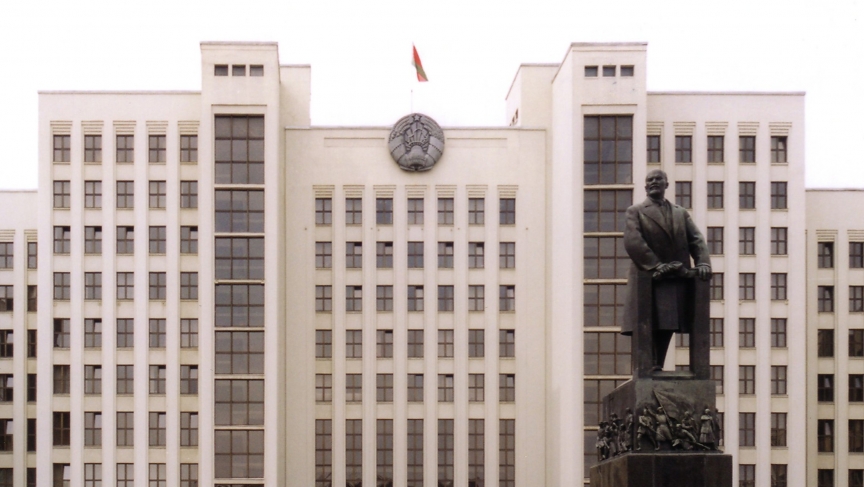 Ukrainian protesters took down the Vladimir Lenin in Kiev over the weekend. It had been more than 20 years since the break up of the Soviet Union, so it's kind of surprising that it would still even be there.

But then again, there are Lenin statues in all sorts of odd places around the globe. Which ones have been taken down and what exactly do they represent?

"You can find them all over the world," says Wlad Godzich, professor at the University of California Santa Cruz.

He says there are the obvious ones, such as Russia, but there are also some rather odd locations for a Lenin statues.

Adding to the list, Godzich mentions one in front of the Kremlin bar in Belfast, and one in Seattle that was imported from Slovakia, which people dress up.

He says he thinks of these statues as "the equivalent of people putting on a Che Guevara T-Shirt under a tuxedo to go to a formal dinner."

But there are those statues of Lenin that are placed to represent Lenin's ideology, the one in Vietnam for example, or the one in front of the Communist Party in the city of Montpelier, France.

What's also interesting about these statues, is the various poses Lenin is in for each of them.

"The most common one is to show him as a thoughtful man. This is the busts that are used in front of the Communist Party headquarters," Gozlich says. Another example is the one where Lenin has his arms behind his back.

"When the statues were being proliferated, the idea was that where ever you turn, there would be Lenin with you... that's why they put him in coal mines, in lakes, in rivers, on mountain tops, everywhere," he adds.

As for the meaning of these statues, Gozlich says most people ignore them, but in some occasions, some get nostalgic for "the old order."

These are older people who "look at Lenin as an indication of the history and the continuity of the country," he says.

We pulled together this map featuring several of the statues or busts of the Communist revolutionary.

Have you seen a Lenin statue on your travels? Let us know where in the comments below