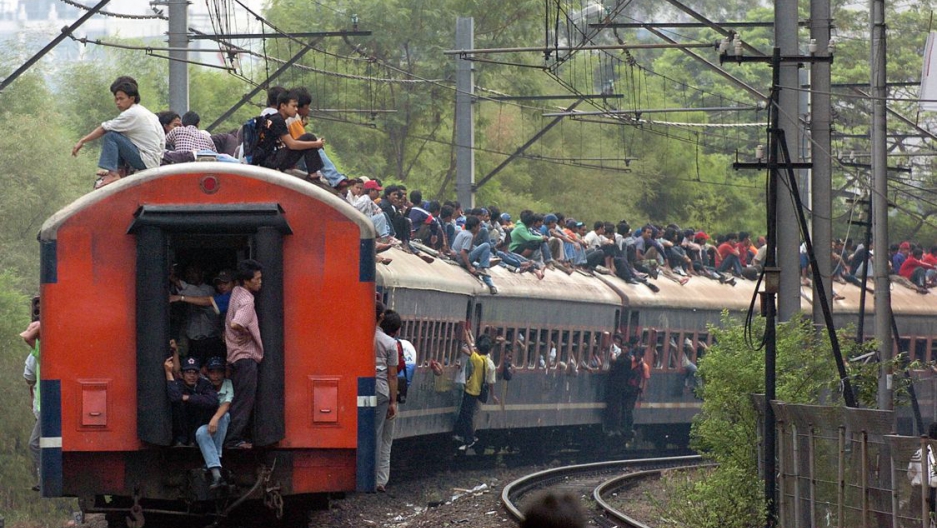 Commuters sit on top of a train as it pulls out of Palmerah station during rush hour in Jakarta, 29 June 2004.
Credit: Prakash Singh
Share

At least 10 people are dead and 80 injured after a commuter train collided with an oil truck at a railway crossing in Jakarta on Monday.

The truck accelerated to cross the tracks as the safety gate that halts traffic was coming down, but didn’t make it to the other side before the train arrived.

The truck collided with the first carriage, which was reserved for women passengers only, and exploded. Two carriages derailed.

“A fuel truck ran onto the railroad tracks and the (train’s) brakes could not stop it from hitting the truck. It exploded and bounced off,” Imron, a passenger who escaped from the train, told the Associated Press. “It happened so fast!”

It’s one of Indonesia's worst train accidents since 1987 when two trains collided in Jakarta, killing 156 people.