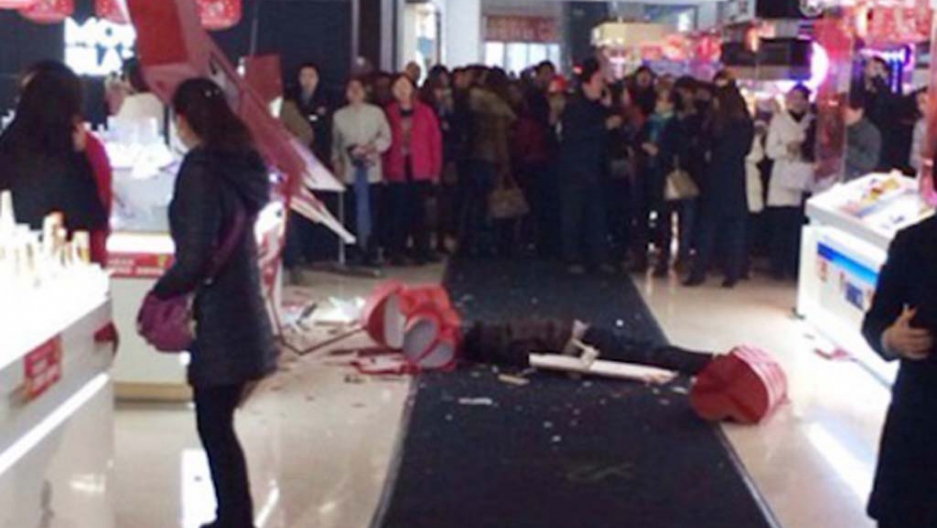 A Chinese man jumped seven stories to his death after eyewitnesses said his girlfriend refused to stop shopping.

Tao Hsiao, 38, had been shopping with his girlfriend at the Golden Eagle International Shopping Center in Xuzhou, China, when she asked to go to one more shoe store, according to Gawker.

The pair had been browsing the stores for five hours.

"He told her she already had enough shoes, more shoes that she could wear in a lifetime and it was pointless buying any more," an eyewitness said, according to the Daily Mail. "She started shouting at him accusing him of being a skinflint and of spoiling Christmas. It was a really heated argument."

The fight ended when Tao tossed the pair's shopping bags and jumped over a balcony, smashing into Christmas decorations before hitting the floor below, Chinese news site Hexun.com reported.

Tao was pronounced dead at the scene. No one else was injured.

No word yet on the girlfriend's reaction. Or whether she went to that last shoe store.