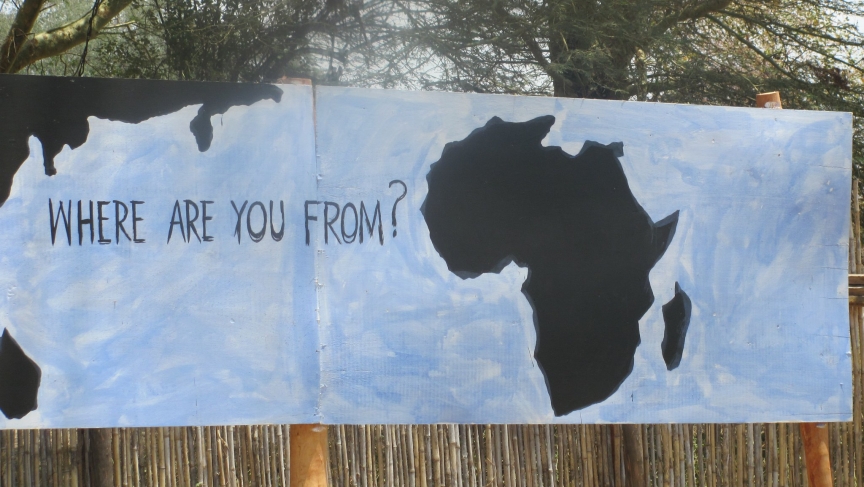 It is the news I had been dreading: the death of Nelson Mandela.

Since I received the call informing me of his passing, I have been overwhelmed by a variety of emotions. While I — like all South Africans — knew that Madiba was gravely ill, to know the day has finally come was a huge loss. But it’s also a sense of relief, knowing that he is finally resting after battling illness for such a long time.

"The old man," as I fondly refer to him, had already suffered enough under South Africa’s former oppressive regime. Even though I wanted him to continue living, I would not want to see him suffer any longer just for my selfish reasons.

For me, like most of my fellow countrymen, Mandela means so much more than the icon celebrated by many around the world. He was more of a grandfather than a former president. Even though I never interacted with Mandela, he was still part of my family. Growing up in my village in South Africa's Eastern Cape province, I was taught about this great man that was locked up and who would one day be free and my life would never be the same.

Indeed, I have experienced that change. It is because of the sacrifices and struggle of the icons like Madiba and many others that, as a young black South African, I have all the opportunities today that my mother never had. If it was not for them, I would not be here in Doha, Qatar working as a journalist.

Being so far away from home and unable to mourn and celebrate Mandela's life with my family and friends is hard. Earlier today, I went out to the South African embassy to meet up with fellow South Africans. Yes, we are thousands of miles away from home, but singing together "Nkisi Sikelele," our national anthem, brought comfort.

As we begin to say goodbye to Madiba, we will have to reflect on our personal memories, our gratitude towards him, and our hopes for the future. It’s a future we must now face without a man we considered the country's moral compass.

All I can hope for is that, as South Africans, we can hold hands and continue from where the great Mandela left off and strive for a tomorrow that is free of racial tension and economic inequality. That would be the best way to honor his legacy. If we can’t achieve that, then the gains made under his leadership and all his suffering would have been for nothing.