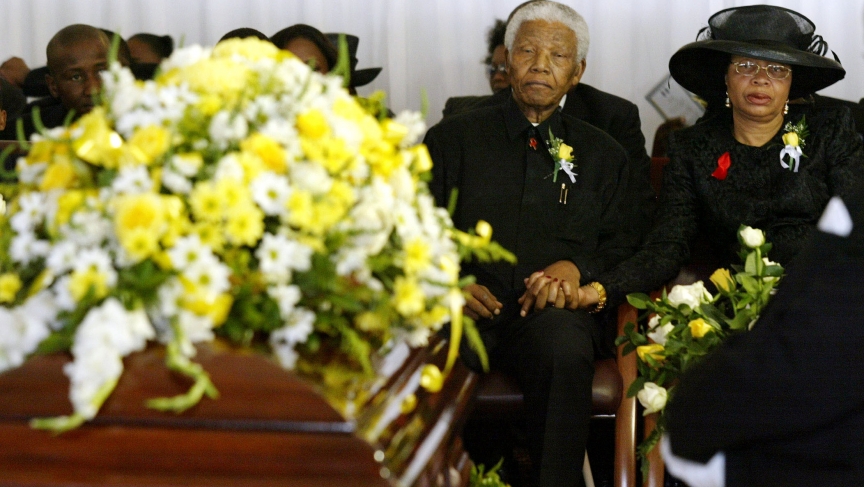 It was the first time an African leader had spoken about the loss of a family member to AIDS.

"I just remember his voice was so raw, and he said my son had AIDS, my son died of AIDS," said Stephanie Nolen, author of 28: Stories of AIDS in Africa. "There was no other African leader who had spoken out like this, although at that point, there were about 28 million Africans living with HIV. So it was an earthquake in South Africa, in fact all across the continent."

Even though 800 people were dying of AIDS in South Africa every day, no one talked about the skyrocketing rate of infection. But why hadn't Mandela addressed the AIDS crisis when he was the leader of South Africa?

Nolen said Mandela's wife, Graca Machel, gave a reason why he hadn't acted. Machel said Mandela was hearing from people, "this is a crisis, this is a terrible problem," but he was also hearing, "this is a disease we can't treat," said Nolen. "So it was a death sentence, you had these millions of people who were going to die and you could do nothing."

At the time, anti-retroviral drugs were prohibitively expensive for poorer countries, like South Africa. Yet even after drugs became more affordable, there was another huge impediment to fighting AIDS in South Africa. It was Nelson Mandela's successor, Thabo Mbeki.

Mbeki was a forceful HIV denier. Mandela tried repeatedly to get Mbeki to discuss AIDS with him. The conflict between them came to a head at the African National Congress meeting in 2004.

"There was this terrible moment," said Nolen. "Mr. Mandela stood up and said that there is this drug, Nevirapine, that will keep HIV-positive pregnant women from infecting their babies and this drug is being made available."

"I think that in a life that had very few missteps, his lateness to his response to HIV, his failure to act when he could have had a much larger impact, is always going to be counted against him," concluded Nolen. "But I think it's also a somewhat redemptive story because he did come to see, and admit very publicly, that he had made a mistake."

In his later years, Mandela became an active AIDS campaigner. He and his wife started a charity for HIV awareness, called 46664, after his Robben Island prison number.