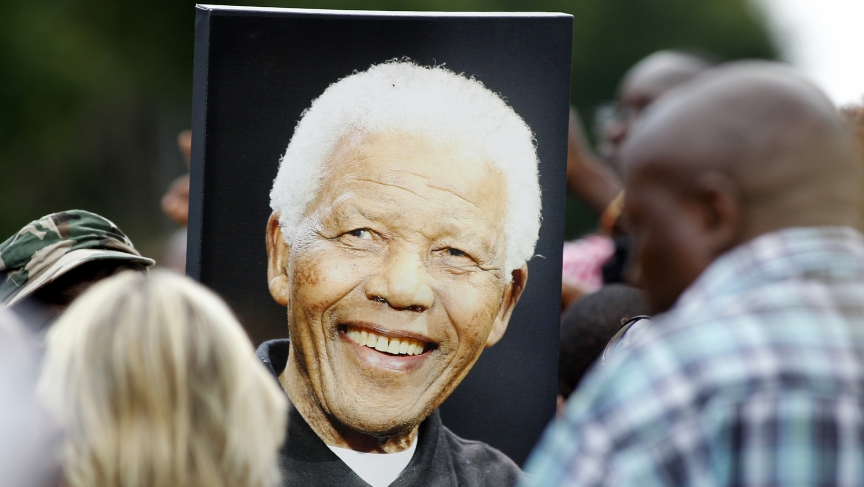 Mourners hold a poster outside the residence of former South African President Nelson Mandela in Johannesburg on December 6, 2013.

Many people around the world watched South Africa's peaceful transition to multi-racial democracy with awe. Jiyar Gol watched from Iran and decided to travel to South Africa to see if there were lessons for his country.

When Gol, now a correspondent for the BBC's Persian service, was just eight years old, he remembers Ayatollah Khomeini returning from exile in 1979 to lead the Iranian revolution that deposed the Shah.

"We were all excited because many people in Iran thought he [would bring] back happiness to everybody. We will have a democratic country," he recalls.

But he says that sense of excitement didn't last. "After a year or two, a wave of executions began... and [the ayatollah], in the name of Islam, eliminated almost anything that was in his way," says Gol.

So when Gol saw how Nelson Mandela reacted to opposing views, and worked with the government that had jailed him, he was deeply impressed.

"What [Mandela] went through, and how he dealt with his enemies, was absolutely unique and foreign to me," he says.

So he decided to go to South Africa to make a documentary about what people in the Middle East might learn from Mandela and the country's smooth transition to democracy. He calls it a "journey of discovery" and says what happened in South Africa was nothing short of a miracle.

"South Africa had every potential to be a failed state, but they obviously managed to avoid bloodshed. Definitely, the South Africa experience could be a great model for Middle Eastern countires."

He points to Libya, Syria, and Iran, where there are great aspirations for democracy, but reaching it has proven to be very challenging. He says the problem is cultural.

"The fact is that we don't forgive. There is a culture of revenge ... We do not sit down and negotiate. We see things [in] black and white, whether with me or against me. What South Africa did, they sat down, both sides at the negotiating table, they discussed, they compromised and they reached the point we see today." A point, he notes, where the country has one of the strongest economies on the continent.

He says the basic conflict is the same and has the same solution. "Mandela's legacy could, pretty much, be used by the Middle Eastern leaders to sit down and solve their problems."