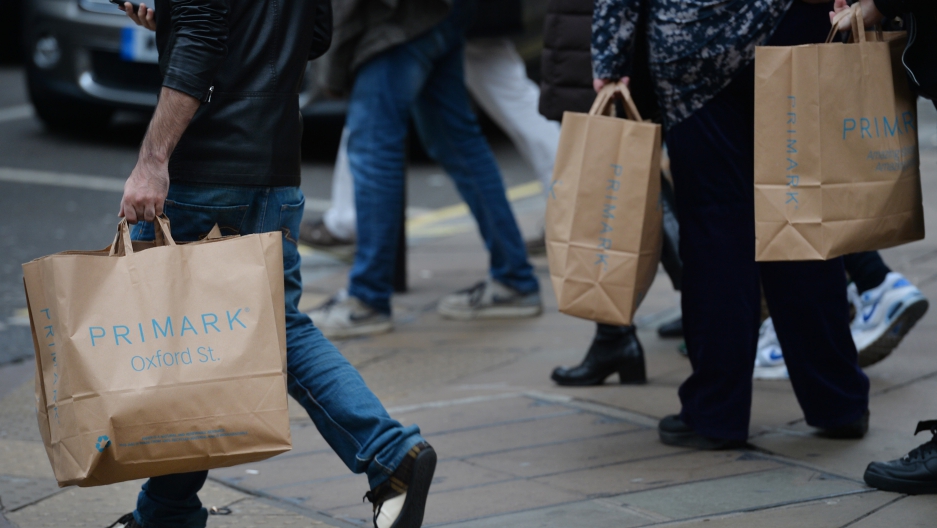 LONDON, UK — Chancellor George Osborne’s Autumn Statement Thursday — one of two key annual addresses on the nation’s economy — contained some of the rosiest figures Britain has seen in a while.

Unemployment is down. Business confidence is up. Construction is booming. Growth forecasts are better than at any time since the turn of the century.

“Britain is currently growing faster than any other major advanced economy,” Osborne said, amid Parliament’s customary hear-hears and catcalls. “Faster even than America.”

The latest government figures showed 0.8 percent growth between July and September, with “fairly strong” performance across its industries. Unemployment has fallen to 7.6 percent, the lowest rate in three years.

The Bank of England declared last month that “recovery has finally taken hold,” noting that the economy was “growing robustly” after a bruising recession and the near-disastrous fallout of the European debt crisis.

On the paper, the news is encouraging. On the streets, not so much.

“Look,” said a 59-year-old grocer in a tweed cap on Monday, leaning out over bowls of bananas and tomatoes on his wooden kiosk.

He gestured to the shoppers on Surrey Street market, an outdoor bazaar of produce and cheap household goods in the working-class south London borough of Croydon.

“I’m seeing more people with Poundland bags and Primark bags” — from a bargain shop and low-end department store — “whereas you would have seen Marks and Spencers” in better times, he said.

The grocer, who declined to give his name, said he’d seen little evidence of a change in people’s fortunes. “If you got nothing [before], you still got nothing.”

Only 11 percent of Brits feel part of the current economic recovery, according to a recent survey by the polling firm Populus and the housing charity Shelter.

More than 60 percent see no signs of recovery at all.

Indeed, it has been years since the average household has seen any material improvement in its standard of living. Real earnings haven’t increased since 2005, although prices have continued to rise.

“This recovery is unusual in a number of respects,” said Malcolm Sawyer, professor of economics at the University of Leeds. “Output overall is rising. What [workers] produce is rising. But at the same time, wages are not going up as fast as prices.”

“It will take a long time before people will really feel much better off,” he added.

Average incomes for the middle fifth of Britain’s working households have fallen from the equivalent of $62,000 in 2007-08 to $53,400 in 2011-12, according to the government’s Office for National Statistics.

Productivity typically rises in times of recession, and this latest economic crisis has been no exception. But the gains so far have remained primarily with businesses, said Paul Mosley, professor of economics at the University of Sheffield.

“Businesses, especially in the last year or two, have been doing increasingly well,” he said.

“On the other hand, the benefits of that have not gone through to wages because in an environment of high unemployment, it’s not at all difficult for businesses to keep labor costs low.”

Shrinking wages, along with cuts in government benefits enacted this year, have put a serious squeeze on many British households.

In just one indicator of what that looks like on the ground, food bank use has tripled in the past 12 months, according to the Trussell Trust, the country’s biggest food bank operator. A fifth of respondents in a recent survey told the organization that they’d skipped a meal in the previous year because they couldn’t afford food.

Last weekend, volunteers from the Red Cross assisted with an annual food drive organized by the Trussell Trust, the charity FareShare and the grocery chain Tesco’s. It was the first time the international charity has helped with food aid in Britain since World War II.

Prime Minister David Cameron said last month that cuts introduced as temporary austerity measures were in fact here to stay, as Britain learns to “do more with less.”

Osborne’s statement made clear the government has no plans to reverse that judgment.

“The central task of reforming government and controlling spending does not simply dissolve when growth returns,” he said. “An improving economy does not let us off the hook for taking the difficult decisions to make sure government lives within its means.”

“And so the single most important economic judgment I make today is this: We will not let up in dealing with our country’s debts," he added. "We will not spend the money from lower borrowing. We will not squander the hard earned gains of the British people."

That wisdom will be a key debate in the 2015 election: Reversing spending cuts and boosting wages are key planks in the opposition Labour Party’s platform.

Inside Sara’s Diner, a Croydon coffee shop with chipped mugs and a Christmas tree blinking in a corner, a cashier raised an eyebrow when told the government claims the economy is improving.

The diner just had to raise the price of its cake slices by 50 pence, about 80 cents, she said — a major blow for some customers.

“Everyone here is saying how things are going up,” she added, “but wages aren’t.”