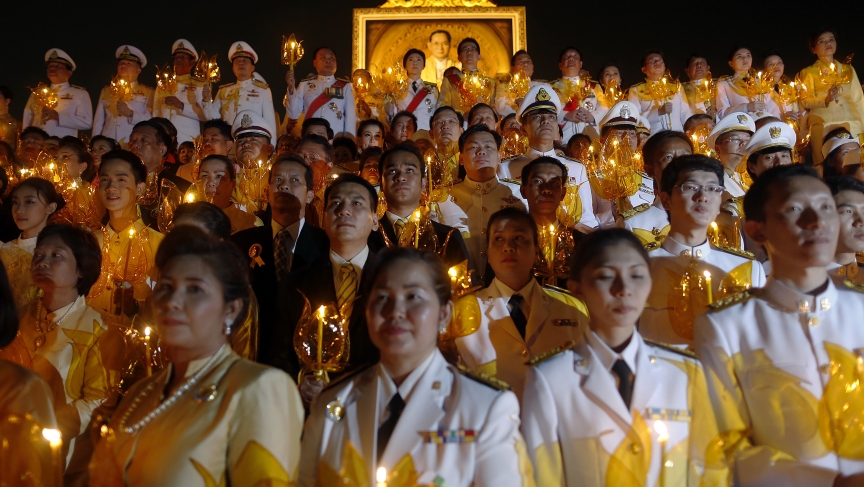 Thailand's widely adored King Bhumipol Adulyadej delivered a message of unity today, his 86th birthday, as a temporary truce took hold on the streets of the Thai capital following weeks of violent protests.

The king urged his people to support one another — for the sake of national peace and stabililty.

It turns out that there's a longstanding connection between the Thai royal family and the Boston area, where The World's newsroom is located.

Back in 1916, Prince Mahidol of Thailand came to Cambridge, Mass. — just down the road from our studios at WGBH — to study public health at Harvard and MIT. That's how he met his wife, a Thai nursing student at Simmons College.

Ten years later, the couple came back to New England. The prince was a Harvard medical student. And in 1927, the boy who would become Thailand's King Bhumipol was born at Mount Auburn Hospital in Cambridge. 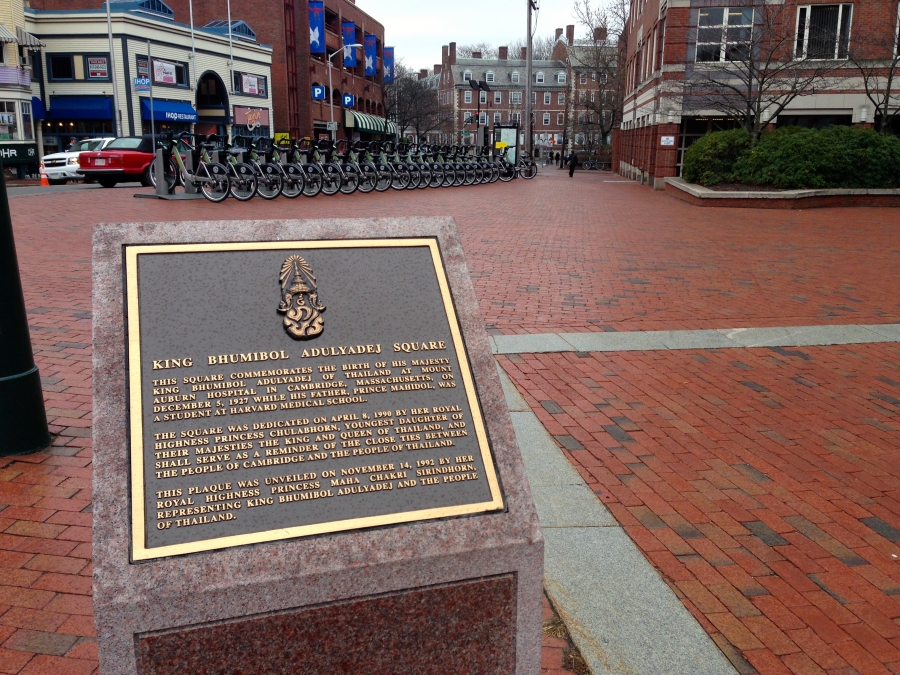 One corner of Harvard Square is named after Thailand's King Bhumipol.

The local hospital has become a pilgrimmage spot for Thai visitors, looking to honor their beloved king. Hospital vice president Michael O'Connell says it happens almost every day, Thai "people will pause, pay homage, take pictures, leave small gifts and recognize the importance of the king in their lives."

King Bhumipol spent the first two years of his life in the Boston area. There are plaques displayed at his former residence in Brookline, at Mount Auburn Hospital and another one in Harvard Square.

Meanwhile, in Bangkok, protestors stayed home on Thursday out of respect for their king's birthday. But they are expected to be back in the streets soon.