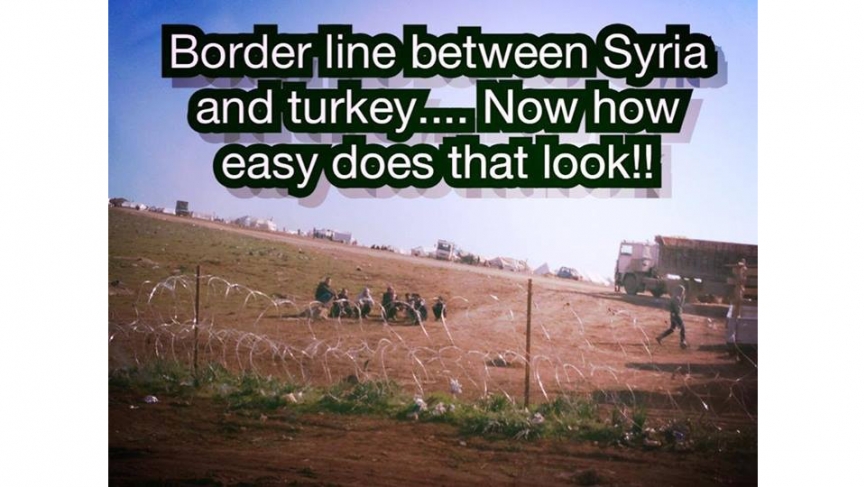 A British Facebook account associated with jihadi terrorists in Syria posted this picture, seeking to recruit more young men to their cause.

“To the brothers: What are you waiting for? There are plenty of weapons here waiting for you to come and play with them.“

Scores of young, British Islamist militants are heading to Syria to fight against President Bashar al-Assad and battle for the imposition of sharia law. Now, Vice reports how some are posting selfies on social networks and presenting their life in Syria as a pretty nice holiday. Their aim, it seems, is to attract new recruits to help make up for the ones who have become martyrs.

Meet the guy who brought music to Venezuela's masses

Jose Antonio Abreu is a long-time survivor in Venezuelan politics. The BBC points out that he has worked for nine different administrations over four decades. Maybe it's his personality, or maybe it's that his mission has been hard to politicize. Over the past 38 years, his world-renowned El Sistema program has given free music education to three million of his fellow citizens.

If you love Napa Valley wines, you owe something to Miljenko “Mike” Grgich. Grgich immigrated to the US in the 1940s from Croatia and started making wine in California at a time when hardly anyone in America drank wine. And he says that's understandable because, back then, American wine was "questionable." So immigrants jumped in.

In 1976, the American bicentennial, Grgich put his wine into an international competition and beat the best of the French Chardonnays. And the rest is history. His work and that of many other immigrants helped turn the US into the number-one place for wine drinking — and the number-four place for wine making, as PRI's The World reports.

Too gay for America?

When singer Steven Patrick Morrissey's autobiography hit shelves in the UK in October, one of the biggest revelations from the singer, who commonly goes by just his last name, was his gay relationships. However, the US edition of the book was decidedly different. It downplayed those relationships and a photograph was even removed. The Independent says the publisher hasn't responded to questions about why the editions are so different.

This is a survival video you have to see to believe

When Harrison Okene's ship sank off the coast of Nigeria, all of his shipmates died. But Okene survived, inside the ship, 100 feet below the surface of the ocean, thanks to a fortuitous air pocket. No one suspected he was alive down there, surviving on a bottle of Coca-Cola.

Three days later, salvage divers came to investigate the wreck. And what happened was captured on a video that you can see at PRI's The World.

If the Supreme Court declared companies can be people, why not chimps?

A lawsuit was filed in New York this week seeking to have a 26-year-old chimpanzee granted "personhood." The Nonhuman Rights Project argues that Tommy the chimp should have rights similar to humans and claims that his imprisonment in a dark cell, against his will, violates those rights. NBCNews.com reports on the case and three others filed by the group on behalf of chimps - our closest genetic relatives. 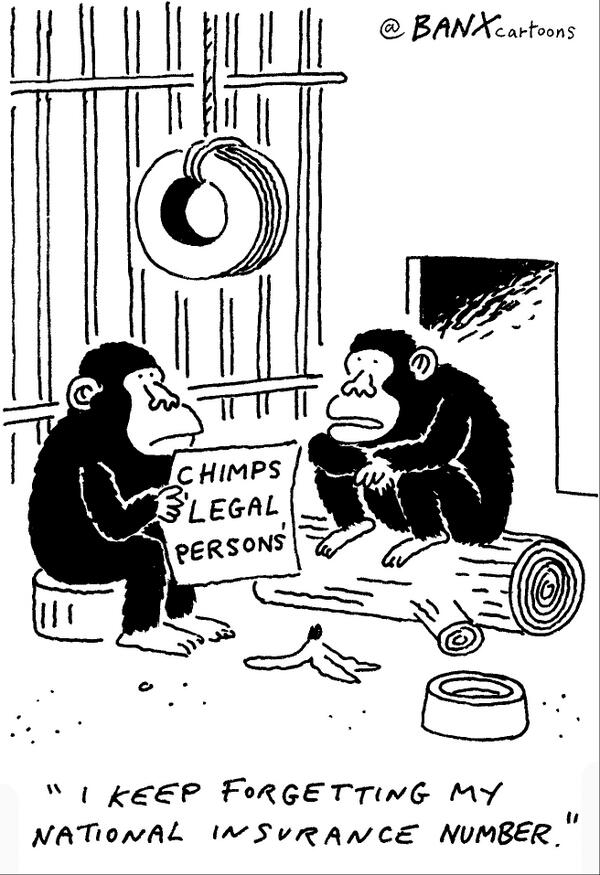 If US courts grant 'legal personhood' to chimps, British cartoonist Banx wonders how they'll deal with all those numbers and passwords they'll now have to remember.

The dream of working for beer is real, in Amsterdam. @nytimes http://t.co/09NIuzWTTd

A fierce storm with winds of 142 mph has hit the east coast of England and killed one man, when his truck was blown over, according to STV. British officials moved Thursday afternoon to evacuate 8,000 homes in the town of Great Yarmouth, where some of the worst storm surges in 30 years are expected.