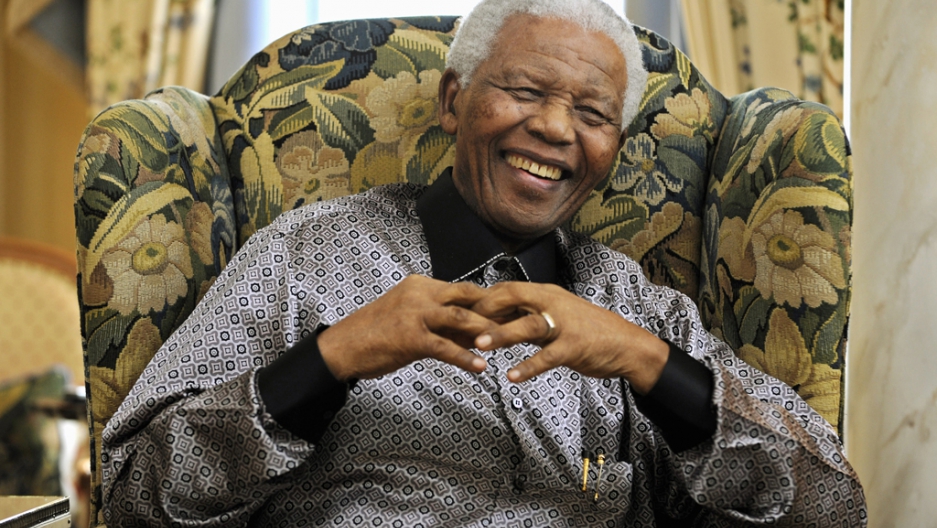 Nelson Mandela's fight for freedom inspired the world. Here's a list of some of his most memorable quotes, which remind us all to work toward peace and equality.

1) "For to be free is not merely to cast off one's chains, but to live in a way that respects and enhances the freedom of others.”

From his essay, "Working Towards Peace."

2) "Hope is a powerful weapon, and (one) no one power on earth can deprive you of."

3) “Difficulties break some men but make others. No axe is sharp enough to cut the soul of a sinner who keeps on trying, one armed with the hope that he will rise even in the end."

From his Letter to Winne Mandela, written on Robben Island, 1975

4) "Death is something inevitable. When a man has done what he considers to be his duty to his people and his country, he can rest in peace. I believe I have made that effort and that is, therefore, why I will sleep for the eternity."

From an interview for the documentary, "Mandela," 1994

5) "I learned that courage was not the absence of fear, but the triumph over it. The brave man is not he who does not feel afraid, but he who conquers that fear."

6) “Education is the most powerful weapon which you can use to change the world.”

Speech at the University of the Witwatersrand South Africa, 2003

7) "A good leader can engage in a debate frankly and thoroughly, knowing that at the end he and the other side must be closer, and thus emerge stronger. You don't have that idea when you are arrogant, superficial, and uninformed."

8) "Long speeches, the shaking of fists, the banging of tables and strongly worded resolutions out of touch with the objective conditions do not bring about mass action and can do a great deal of harm to the organisation and the struggle we serve."

From the presidential address, "No Easy Walk to Freedom" speech, 1953

9) "Everyone can rise above their circumstances and achieve success if they are dedicated to and passionate about what they do."

From his Letter to Makhaya Ntini on his 100th cricket test, 2009

10) “No one is born hating another person because of the color of his skin, or his background, or his religion. People must learn to hate, and if they can learn to hate, they can be taught to love, for love comes more naturally to the human heart than its opposite.”

11) "What counts in life is not the mere fact that we have lived. It is what difference we have made to the lives of others that will determine the significance of the life we lead.”