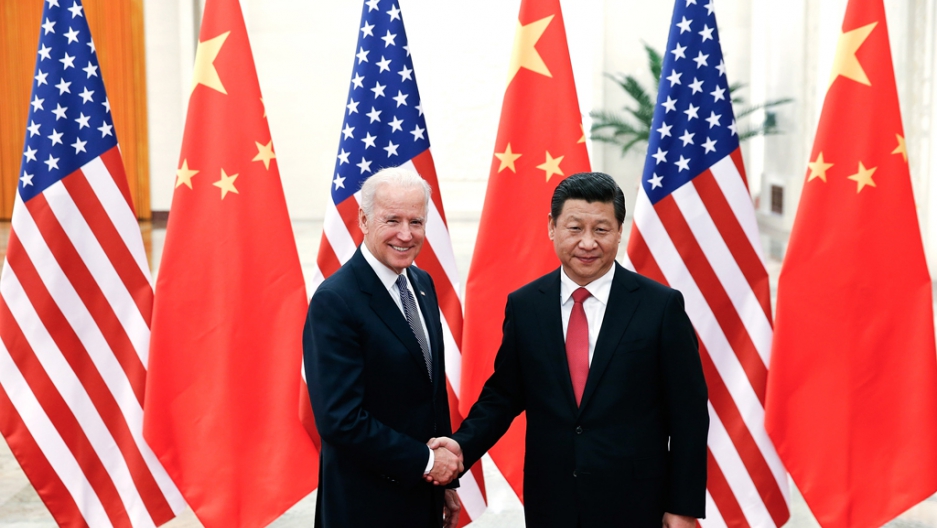 Ever the keen-eyed diplomat, US Vice President Joe Biden urged Chinese visa applicants at the US embassy in Beijing Wednesday to "challenge" their government.

"Innovation can only occur when you can breathe free, challenge the government, challenge your teachers, challenge religious leaders," he said.

On the same day, when speaking to Chinese President Xi Jinping, Biden said that relations between the United States and China must be built on trust.

Biden began the second leg of his visit to Asia, where he was expected to meet his Chinese counterpart Li Yuanchao, as well as Xi.

The original intent of Biden's trip was to discuss trade ties, but now he's working to soothe escalating tensions between Japan and China over the latter's new "air defense identification zone" in the East China Sea.

China sent ripples of concern and wariness through the region when it announced the zone — which encompasses disputed islands that both Japan and China claim — on Nov. 23. The islands, known in Japan as Senkaku and in China as Diaoyu, are currently controlled by Japan.

China's zone overlaps with aerial boundaries claimed by Japan and South Korea. Both countries and the United States have rejected it, and flown undeclared military aircraft through it.

In Tokyo, Biden said China's air identification zone was an attempt to "unilaterally change the status quo in the East China Sea," that increased "the risk of accidents and miscalculation."

Chinese state media warned that Biden should not repeat his "erroneous remarks" on the air defense zone.

"If the US is truly committed to lowering tensions in the region, it must first stop acquiescing to Tokyo's dangerous brinkmanship," said the China Daily.

Meanwhile, Japanese officials were disappointed Biden didn't call for China to roll back its zone altogether.

More from GlobalPost: The US flies B-52s into China's new air defense zone. Here's why that matters