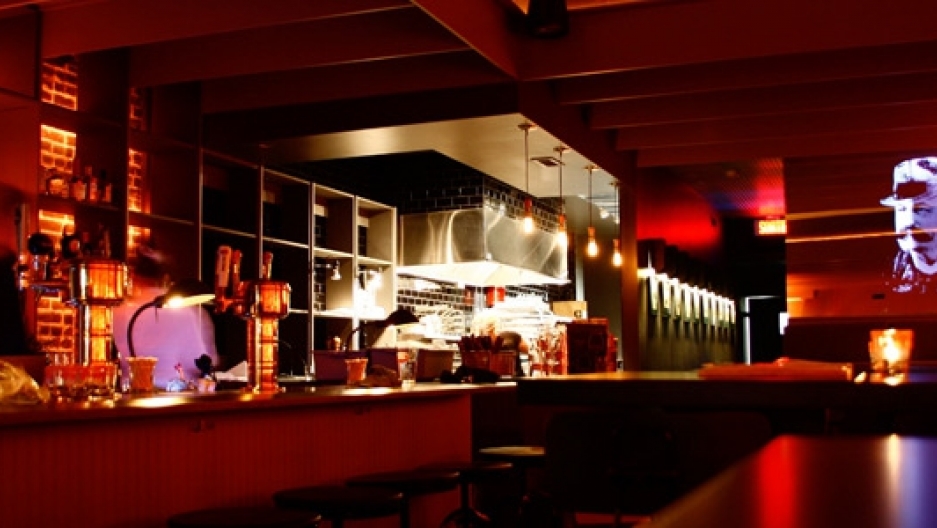 Where there used to be bikers, addicts and prostitutes, there are hip bars and restaurants.

That's what's happening in the Montreal neighborhood of Hochelaga-Maisonneuve. The community in the eastern part of the city has long had a reputation as a rough part of town. But in recent years, trendy restaurants and bars have been opening up.

Now, some of those new businesses have been targeted by vandals. Last week, four upscale restaurants had windows smashed with bricks and hammers.

“You are not safe in our neighborhood,” read the letter, which was attached to a brick thrown through the window.

Local housing activists say that upscale restaurants and other businesses attract people with money to the area, driving up rents and making more room for condos.

"I came to the restaurant and just saw that my windows were broken," said Mathieu Ménard, the owner of Le Chasseur. "I am a victim of what? Of a change? Of an evolution of a neighborhood? It's not my fault."

In Hochelaga-Maisonneuve, a number of businesses have been spray-painted with anti-capitalist and anti-gentrification slogans, and windows have been broken.

"I've lived here since 10 years. Every time I want to drink a beer or eat some good food, I [had to] just go to another neighborhood up the street," said Ménard. "One day, I just woke up and said I will open up a good restaurant in Hochelaga."

Ménard repaired his window and has no intention of closing his business. And he's received an outpouring of support from residents of the neighborhood.

Anger over gentrification has been an issue for the past decade in Montreal. In 2004, a group calling itself the Comité anti-gentrification claimed responsibility for six packages rigged to look like bombs that were left at condominium construction sites and sales offices. The packages contained no explosives.