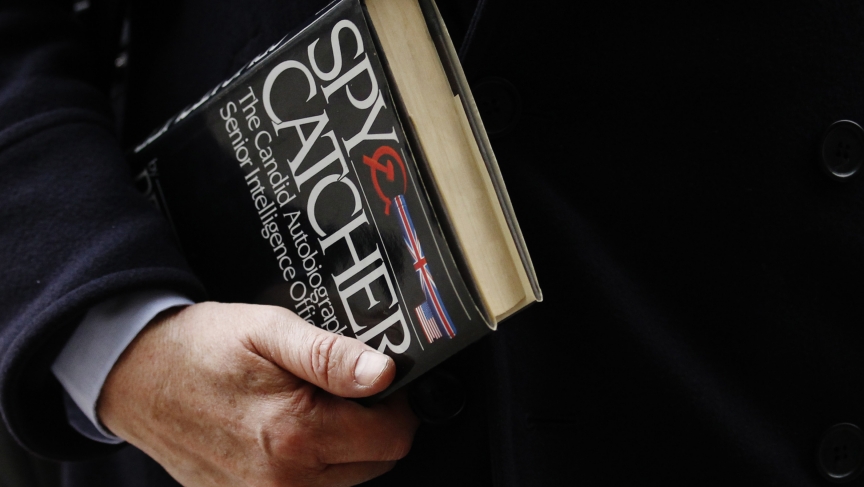 Guardian Editor Alan Rusbridger carries a copy of the book Spy Catcher as he arrives at Parliament to face questions over his publication of intelligence files from Edward Snowden.

It's rare for a member of the press to be called before the British Parliament. And when Alan Rusbridger, the editor of The Guardian newspaper, appeared before a House of Commons committee Tuesday, many of the questions were hostile.

Members of Parliament wanted to know about his paper's publication of intelligence files leaked by former NSA contractor Edward Snowden.

MP Keith Vaz, chair of the Home Affairs Select Committee and a Rusbridger supporter, asked the editor if he "loved his country." Rusbridger's response was unequivocal.

"We live in a democracy and most of the people working on this story are British people who have families in this country, who love this country," he said.

"I'm slightly surprised to be asked the question, but yes, we are patriots and one of the things we are patriotic about is the nature of democracy and the nature of the free press and the fact that one can, in this country, discuss and report these things," Rusbridger told the panel.

"The Conservatives were tougher," he said, "and so, for example, asked him if he had come into the secret of the Enigma machine during World War II — Britain had gotten one to decode Nazi secret transmissions — would he have printed that kind of information?" Erlanger said Rusbridger dismissed the question.

Erlanger thinks Rusbridger is frustrated "because he feels The Guardian is doing great work and he's not getting a lot of support from other British media or even from too many members of Parliament."

The questioning lasted for more than one hour. In the testimony, Rusbridger contrasted his treatment before the panel with how press freedom is protected in the US. Erlanger agrees that US press protection is better.

"In fact, The Guardian has moved all the material that it got from Snowden to America because it is better protected there and it is working on that material from its New York offices, sometimes in partnership with my newspaper, the New York Times," he said.

The Guardian editor argued that by revealing the Snowden data, he was actually acting in the national interest. He was helping the public understand what its government was doing in areas, he said, that British lawmakers had failed to oversee.