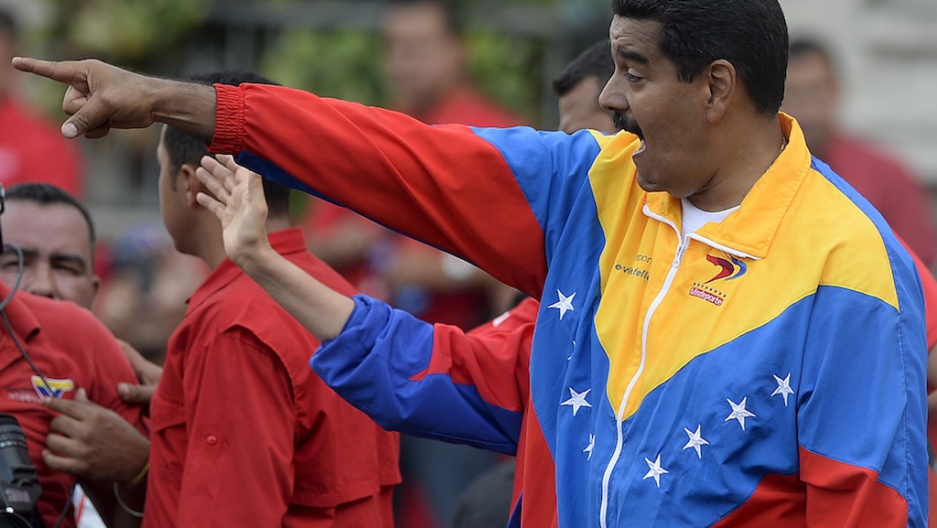 Venezuelan President Nicolas Maduro takes part in a May Day rally in Caracas on May 1, 2013. Maduro has accused former Colombian leader Alvaro Uribe of plotting to kill him.
Share

A brief power outage that darkened Venezuela's capital and parts of the country was a conspiracy to sabotage the socialist government, according to Venezuela's President Nicholas Maduro.

Maduro said that the blackout on Monday evening was designed to interrupt his televised address on a plan to reduce inflation.

Former bus driver and Hugo Chavez protege Maduro quickly took to Twitter to say that he was monitoring the alleged act of sabotage.

Pot-banging protests against the government began in earnest with some calling out for Maduro to resign, reported Reuters.

When the power was restored the president ordered the armed forces to prevent further attacks he claims were being planned by his opponents.

Despite frequent power outages, Maduro said that the blackout was designed to create public discontent against the government in the run up to the Dec. 8 national municipal elections.

More from GlobalPost: In Venezuela, every day is Black Friday. Or else

Maduro and his government did not present evidence of the charges against his political opponents but had warned days before that they might try to attack the electrical grid.

"These sectors of fascism are getting desperate, because they know a defeat is coming," Maduro said in remarks that last four hours, according to the Associated Press.

National Assembly President Diosdado Cabello also said on Twitter that the opposition was to blame.

"I have no doubt that today's electricity sabotage is part of the right-wing's plan," he wrote.

The power outage reportedly originated in central Venezuela, the place where another blackout in September darkened 70 percent of the country.