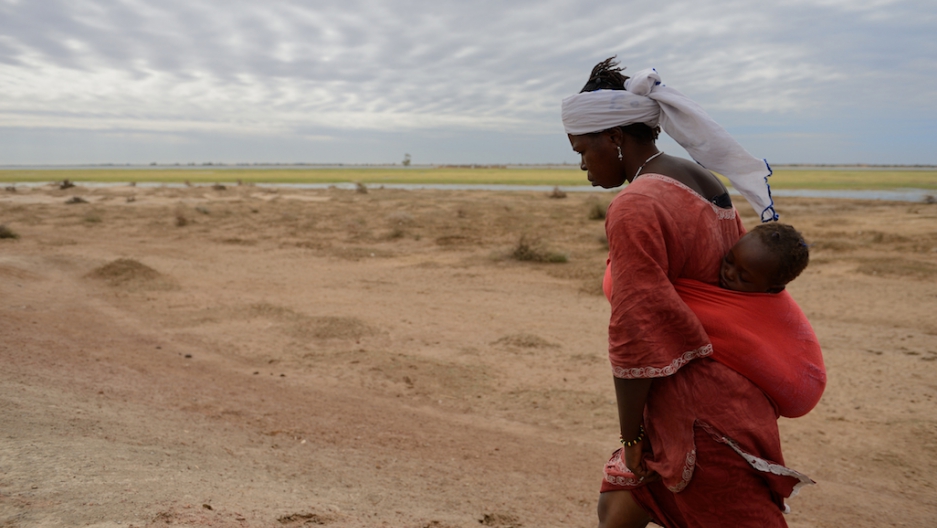 NAIROBI, Kenya and GAO, Mali—  The Sahel is an environmentally fragile zone that stretches across Africa just south of the Sahara desert.

To get a better idea of how climate change can worsen conflict there, GlobalPost spoke with three experts on the topic: Drew Sloan of energy efficiency company Opower, Marshall Burke of the University of California, Berkeley and Josh Busby of the University of Texas at Austin.

Their short answer? It's complicated, but climate change is making things harder for those who live in a politically unstable and economically challenged region.

What role is climate change playing in conflicts across the Sahel?

“Climate change plays two roles,” says Opower's Sloan. “When you and your family have been living off the same land for generations and all of a sudden that becomes impossible, the first impact is relocation. But there’s a limited amount of land in the world so we’re going to see more and more skirmish zones.”

“Second, climate change makes people feel small and helpless, and Islamic fundamentalists have been very good at turning helplessness and despair into anger and action. If you give someone who feels small a gun, they stop feeling small,” he adds. Sloan is a former US Army soldier. “If you give them a direction to point that gun they stop feeling helpless.”

Burke, a resource economist, is more cautious. He says the evidence does not yet suggest direct cause-and-effect links between climate change and specific conflicts, but that climate change increases the likelihood of conflict in general.

“Years of bad climate — in particular, years of unusually hot temperatures or extreme rainfall — substantially increases the likelihood that many different types of conflict might occur,” says Burke. “We cannot say definitively that changes in climate are what has caused the growing conflict across the Sahel but the types of climate change we’ve seen are on average associated with higher rates of conflict.”

Busby, a climate change expert, is also cautious about “causal paths” linking climate change and conflict. “The science is just not there yet,” he says.

But those who live in the region see a direct — and very personal — link, as this GlobalPost video from Gao, Mali, illustrates:

Why don't all Sahelian countries fall into conflict even though, broadly speaking, they all endure the same climatic conditions?

It’s not about the average weather across the region, but the extremes in specific places, Burke points out. “It’s years of really bad weather that can trigger conflicts.”

For Sloan, the spread of conflict in the poor Sahel region is almost inevitable. “What is guaranteed is that poor nations, or poorly governed nations, will have a harder time adapting,” he says.

Busby sees more deep-rooted and structural causes for conflicts arising in the Sahel. “What you have is a region with poor countries living in marginal economic conditions with a history of internal conflict and secessionist movements and emergent religious tensions affected by spillover affects of a widening movement of an Al Qaeda franchise,” he says.

Is the situation getting worse or better?

“The climate situation is almost surely getting worse,” says Burke. “We know that temperatures are going up, and that soon they will be on average much warmer than anything the region has experienced and this is likely to increase the incidence of conflict.”

He also sees glimmers of hope. “There are many other factors that also affect conflict, and many of these things are improving: countries are getting a little wealthier, and developing better institutions. Whether these improvements will outweigh the negative effects of climate change, I don't think we know yet.”

“Climate change stresses government institutions as much as it stresses the land,” says Sloan, who predicts more trouble ahead. “Governments in many of these countries don’t know what to do about climate change so then you get other groups out there that tell people, you can get revenge or you can tear down the government that’s told you there’s nothing you can do.”

What can be done?

Sloan advocates sustainable rural electrification via mini-hydro, solar or wind. “If you empower someone you give them the feeling that they have some control over their own fate,” Sloan says. “Climate change is both very local and very global. If people see no hope in their local situation then they are more susceptible to a global message that the West is to blame.”

For Burke the answer lies in building up people’s resilience to climate change through agricultural technology, drought-resistant crops and financial support. “Helping these countries become less sensitive to shifts in climate would be a good place to start,” he says.

Busby advocates for “early warning systems for conflicts and disasters," again, aimed at improving resilience among affected communities and providing them with fast support when needed.