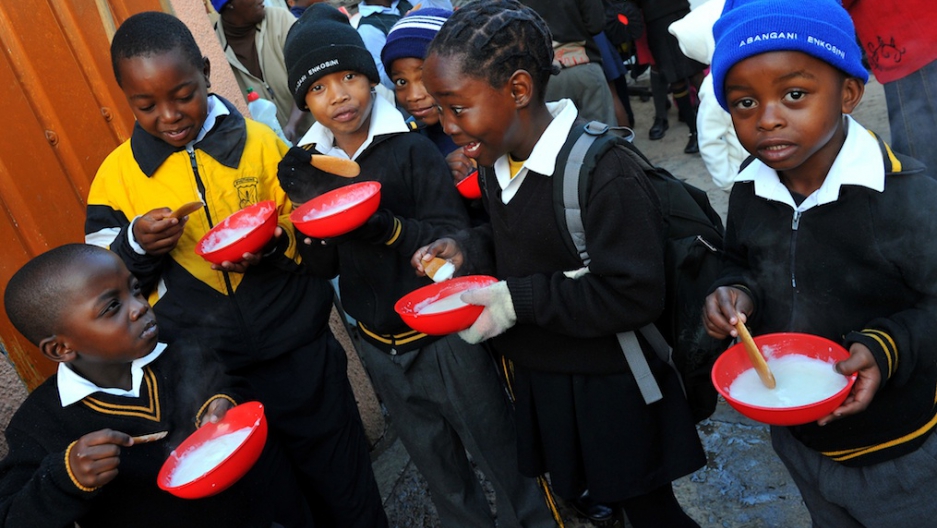 Will these kids in Johannesburg, South Africa be part of an AIDS-free generation?
Credit: Alexander Joe
Share

JOHANNESBURG, South Africa — Health agencies are warning of an “alarming” increase in AIDS-related deaths among adolescents, a new front line in the fight against a global epidemic that has waned in recent years.

This worrying new trend is a setback for efforts to eradicate the virus, according to a United Nations report released ahead of World AIDS Day on Dec. 1.

Among youth aged 10 to 19, deaths linked to AIDS increased by 50 percent between 2005 and 2012, compared with a 30 percent decline seen in the general population.

“The world now has the experience and the tools to achieve an AIDS-free generation,” UNICEF’s executive director Anthony Lake said in a statement.

“Children should be the first to benefit from our successes in defeating HIV, and the last to suffer when we fall short.”

One reason cited for the increase is that across sub-Saharan Africa, many young people who were infected at birth are now teenagers who need additional support to remain on treatment.

Another factor is that adolescents are especially vulnerable to sexual exploitation and abuse, putting them at high risk of HIV infection.

“About one-seventh of all new HIV infections occur during adolescence. Unless the barriers are removed, the dream of an AIDS-free generation will never be realized,” McClure said.

In South Africa, which has more people living with HIV than any other country, health minister Aaron Motsoaledi has pointed to “sugar daddies” as a major factor in the spread of HIV, the virus that causes AIDS.

Young girls in South Africa are up to three times more likely than boys to become infected with the virus.

According to UNICEF and UNAIDS, new infections among adolescents could be halved by 2020 with additional and more focused funding. As of 2012, some 2.1 million adolescents worldwide were living with HIV.

The World Health Organization this week issued its first-ever recommendations on HIV and adolescents, including guidance on HIV testing and counseling, in order to make it easier for young people to get tested without parental consent.

“They are less likely than adults to be tested for HIV and often need more support than adults to help them maintain care and to stick to treatment.”

The UN report praised progress made to prevent mother-to-child transmission of HIV. More than 850,000 new childhood infections were averted between 2005 and 2012 in low- and middle-income countries, it said.

Some 260,000 children were newly infected with HIV in 2012, compared to 540,000 in 2005, the report said, citing simplified daily antiretroviral treatment that helps prevent transmission of the virus to babies during pregnancy.

New infections among infants declined between 2009 and 2012 by 76 percent in Ghana, 58 percent in Namibia, 55 percent in Zimbabwe, 52 percent in Malawi and Botswana, and 50 percent in Zambia and Ethiopia.

Of the more than 35 million people worldwide who are infected with HIV, 25 million are in sub-Saharan Africa, though the rates vary significantly within these countries.

The group Medecins San Frontieres, or Doctors Without Borders, has expressed concern that despite the progress made, millions of people remain excluded from HIV and AIDS treatment.

In South Africa, a coalition of civil society groups on Thursday released a report detailing “critical” shortages of life-saving HIV and tuberculosis medicines in six of the country’s nine provinces.