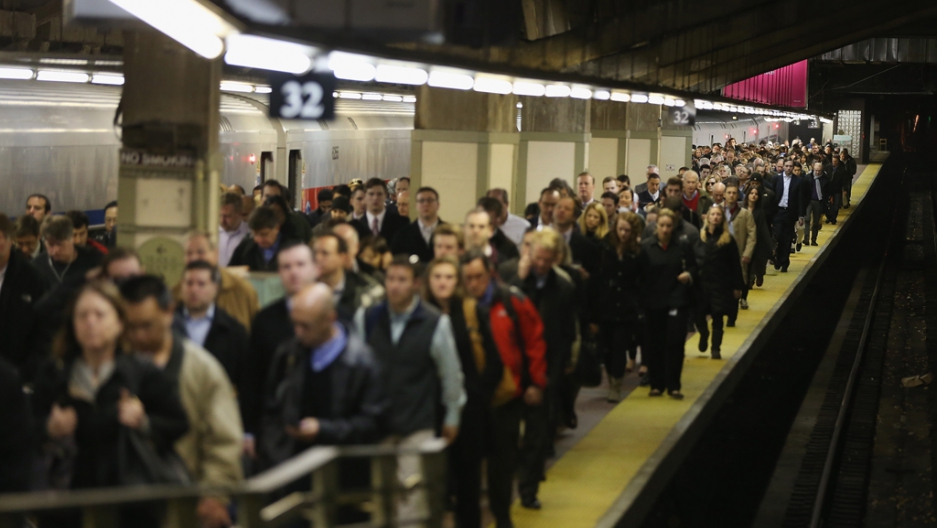 People exit a Metro-North train arriving in Grand Central Terminal during the morning rush on November 1, 2012 in New York City. Some trains are back up and running into Grand Central following shutdowns in the aftermath of Superstorm Sandy. Subway train service in the city is back in a limited capacity, but with much of lower Manhattan still with out power, trains are not running there and busses are replacing them.
Credit: Mario Tama
Share

The crash is believed to be New York City’s worst train crash in more than 20 years.

It has not yet been determined whether the accident was caused by mechanical failure or human error, but Weener said investigators were "not aware of any problems or anomalies with the breaks."

The train, carrying 100 passengers, was traveling south from Poughkeepsie, NY. Several cars fell off the rails near the Henry Hudson Bridge, north of the Spuyten Duyvil station.

Three of the people who died were thrown from the train during the derailment, Edward S. Kilduff, the New York Fire Department’s chief of department, said.

MTA spokeswoman Marjorie Anders told NY1 that the train's engineer – who was injured in the crash – had worked for the railway for 20 years and had "an unvarnished record, from all accounts."

The crash is the third recent incident on Metro-North. In May, two Metro-North trains collided in Connecticut, injuring dozens of riders. In July 2012, a garbage train fell off the tracks near Spuyten Duyvil.

Fire Commissioner Salvatore J. Cassano said Sunday’s crash would likely have caused more deaths had it occurred on a weekday. “On a work day, fully occupied, it would have been a tremendous disaster,” he said.

Metro-North Railroad has the second-highest numbers of monthly riders among commuter railways in the US.